It’s official: One of the most popular love teams of the ‘90s returns as Marvin Agustin and Jolina Magdangal are back with ABS-CBN as the lead stars of a drama series.

On Monday, Magdangal reported to her first shooting day for “Flordeliza,” confirming weeks of speculation that she will reunite with Agustin nearly two decades after they were launched as a tandem via “Gimik” in 1996.

Agustin earlier announced in his return to ABS-CBN with the lead role in “Flordeliza,” but could not confirm if Magdangal had officially signed up as his leading lady in the project.

The new series is under the direction of Wenn Deramas, who was also behind Magdangal and Agustin’s last film together as ABS-CBN stars, “Kung Ikaw Ay Isang Panaginip,” in 2002.

Magdangal transferred to GMA-7 that year. Agustin followed suit in 2006.

Without giving details about her role in “Flordeliza,” Magdangal said she has never done a similar character in her career. She added, in jest, that whatever limitations she had as a wholesome actress, Deramas will completely disregard in this new project. 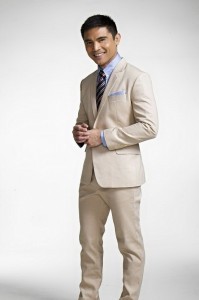 While “Flordeliza” is a drama series, Deramas assured long-time fans of Magdangal and Agustin that they will see light moments between the two, which they were known for in the late ‘90s.

Unlike their contemporaries at the time, Magdangal and Agustin rarely had dramatic roles as a love team. “Labs Ko Si Babe,” their first primetime series together, was billed as a romantic-comedy.

Deramas added that “Flordeliza,” which revolves around two children, is a timely project for both Magdangal and Agustin, who are now parents. Agustin is a proud father to twins, while Magdangal welcomed her first child with Rivermaya drummer Mark Escueta in February.