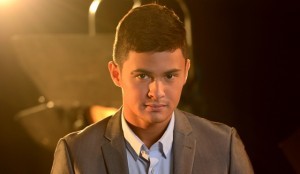 Actor Matteo Guidicelli revealed why he had to put his singing career on hold.

Guidicelli said he was concentrating on doing films this year. He said he might continue recording his album next year with the help of composer Louie Ocampo.

“It’s on hold. Kasi this year, it’s like a movie year. We were supposed to. Sir Louie was starting it already but we put it on hold,” Guidicelli said.

“Kasi nag-movies ako I did two for Regal Films and one for Viva so I just concentrating on that so hopefully next year,” Guidicelli said.

Guidicelli was part of the film “Somebody To Love” under Regal Films and will be part of “Shake, Rattle & Roll XV” which will hit theaters on Christmas Day. (MNS)

Piolo on Shaina: Just let us be