MANILA, Jan 20 (Mabuhay) — Actress Maxene Magalona penned yet another inspiring message for people who have mental health issues, praising them for continuing to fight every day.

Magalona took to Instagram to raise a toast for the brave souls who, according to her, have remained showing up despite their life problems.

“Everyone is going through something and what we need to do is learn how to hold space for each other so that we can help each other heal. I feel for those who are dealing with a mental health condition because it really isn’t easy to struggle with internal disturbances on a daily basis,” she said.

She went on to defend people who are constantly battling inner demons, explaining how challenging it is to deal with responsibilities while handling past traumas.

“What people who do not have a mental health condition find hard to understand is that it is a constant battle to come face to face with your inner demons while having to deal with life’s responsibilities,” Magalona said.

“It is not easy to feel unsafe in your own body due to past traumas and have to be okay to be able to handle everyday tasks.”

According to the actress, she found ways to deal with her condition to prevent it from controlling her life.

“There was no way that I was going to allow this “problem” to take control of my life and make me miserable. Misery loves company and I know it was just the devil trying to bring me down,” she quipped.

Magalona embarked on a self-healing journey where she read self-help books, went to therapy, practiced yoga and meditation regularly, and developed a solid relationship with God.

While she acknowledged its difficulty, she also gave credit to herself for putting effort and hard work to heal and better herself.

“I know the kind of pain that I choose to face and feel and not run away from. This makes me stand tall and proud of the strong and brave soul that I have become,” Magalona said.

Magalona, then, had a shoutout to fellow self-healers and jokingly teased them to have a drink to help them ease the pain.

“If you want to have a drink or two to be able to alleviate any pain you may be feeling, please go ahead and do so. I understand how stressful these times can be so I know how fun it is to drink our troubles away,” she said.

“But before you do, make sure that you have already released negative energy so that you won’t suppress it and turn it into even more stored pain. Cheers!”

Just recently, Magalona made headlines after eagle-eyed fans were quick to notice that she is not following her husband Rob Mananquil anymore on Instagram, fanning speculations about a possible problem on their relationship.

The “Viral Scandal” cast also went for a vacation in Boracay solo, musing about silence and solitude which she considered remedies for those who are struggling with anxiety and depression.

Before 2021 ended, Magalona also advised the public that it is not polite to ask people about their personal lives, especially if you do not know each other personally.

In a lengthy Instagram post, Magalona addressed some people who have been asking about her personal life on social media.

“Even if you DO know them, you should give them space and wait for them to open up to you instead of prying and wanting to invade their privacy,” the actress said. (MNS)

Karla Estrada refers to Kathryn as her ‘future daughter-in-law’

Liza Soberano calls out ‘fake news’ vs her business 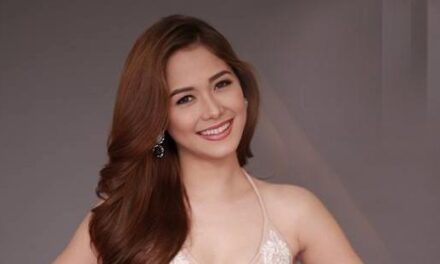