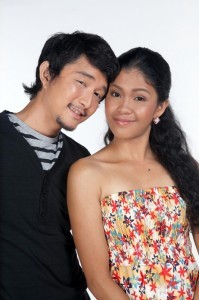 For their long-time fans, Melai Cantiveros and Jason Francisco’s first-born is the latest milestone for the couple whose first meeting and eventful relationship unfolded on reality television.

Dubbed “Melason,” the on- and off-screen “love team” welcomed their first child on Thursday at around 8 p.m., according to ABS-CBN talent firm Star Magic, which handles the careers of Cantiveros and Francisco.

Cantiveros gave normal birth at St.Elizabeth Hospital in General Santos  City, Star Magic added, but did not disclose other details, including the baby girl’s name.

On Instagram, Star Magic also posted a new photo of the baby, in addition to the ones shared by Francisco on his personal page hours after Cantiveros gave birth.

In the months leading up to the baby’s arrival, Cantiveros and Franciso starred anew in a reality series that chronicled their preparations for parenthood. Dubbed “Melason Forever,” the weekly updates were released by ABS-CBN on mobile and as a web series.

“Forever,” of course, was not the first time the spotlight was turned on couple’s personal life.

Reacting to news of Cantiveros giving birth, fans of “Melason” commented online that “Baby Dengue” has finally arrived. This was in reference to a pretend baby Cantiveros and Francisco were tasked with taking care of during their stint in “Pinoy Big Brother” in 2009.

Viewers of the reality show witnessed the two falling in love over 133 days in the famous yellow house. She was a high-spirited English teacher from General Santos City; he was an unemployed 21-year-old from Oriental Mindoro who often figured in street brawls.

After “Pinoy Big Brother” – Cantiveros was named the season’s winner, while Francisco placed third – the two went on to star in their own reality TV series titled “Melason” in 2010, launching their showbiz careers.

In 2012, the couple made headlines when Cantiveros confirmed that she and Francisco have broken up. A year and a half later in June 2013, the two got back together, to celebration among their fans.

“Melason” got married in December that same year, three months after they confirmed expecting their first child. (MNS)

Marjorie Barretto assures daughter Julia she will protect her