THIS all-star concert gathers the lead vocalists of the most influential bands of the 1990s Philippine rock scene – Cooky Chua, Jet Pangan, Wency Cornejo and Gary Ignacio – backed by Introvoys, another popular group of that fabled decade.

With the enthusiastic early response to news of this concert, fans are advised to reserve tickets early. Contact V Entertainment at (818) 458-9258, (818) 638-3212 or email vicperez@ventertainment.biz

Jett Pangan sang lead vocals for The Dawn, which had several hits in the late 1980s to early 1990s and, and whose popularity helped fuel the rock band revival of the 1990s. The group released 15 albums and 20 hits including “Enveloped Ideas,” “I Stand With You,” “Love Will Set Us Free,” “Salamat,” and “IIsang Bangka Tayo.” After The Dawn disbanded in 1995, he formed the Jett Pangan Group that is still active and has released two albums. He also hosts the TV show “Myx Live” and acts in the musical theater.

Cooky Chua is the lead vocalist and co-founder of Color It Red, which went from underground favorite to platinum-selling act in just five years. They released three albums including Hand Painted Sky – considered a classic – and hits like “Paglisan,” “Sumigaw Ka,” and “Una’t Huli.” Chua won the Golden Voice of Asia award in Hanoi in 1998, and found acclaim as a blues and jazz singer, as well as an actress on the stage and in indie films. Her credits include Lean, A Filipino Musical (1997), Melancholia (2008), Muli (2010) and Bituin (2002).

Wency Cornejo was the lead vocalist and chief songwriter of After Image, which was active in the 1990s and released four albums (including a reunion album in 2008). The group was behind the hits “Habang May Buhay,” “Next in Line” and “Mangarap Ka.” After Image disbanded in 2001 and Cornejo pursued a solo career and released a number of hits, including “Hanggang” and “Magpakailanman.”

Gary Ignacio was the lead vocalist of Alamid, which released five albums, four for the Warner music label. Their biggest hit, “Your Love,” won Song of the Year in the 1995 NU 107 Rock Awards. Formed in 1987, they are one of the few bands from their generation that is actively performing. But their greatest tribute perhaps came from Jon Bon Jovi, who reportedly cancelled an engagement when he was in Manila to watch Alamid perform in Mayric’s, a dive in the working class district of Sampaloc. 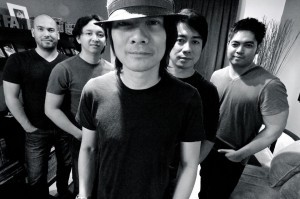 Introvoys is also known for its longevity, having been formed in 1986 and continuing to perform to the present, with two original members (drummer Paco Arespacochaga and vocalist Jonathan Buencamino). From the underground scene, Introvoys broke into the mainstream with their first album Back to the Roots, which produced their first hit, “However Which Way” and paved the way for a national tour. More hits followed, including “Calling All Nations,” “Will I Survive,” “Di Na Ako Aasa Pa,” and “Line to Heaven”—cementing the band’s popularity in the airwaves and concert scene. Introvoys has released eight albums.