House Speaker Feliciano Belmonte Jr. bangs the gavel to signal the start of the third and last regular session of the 16th Congress at the Plenary Hall of the Batasang Pambansa in Quezon City on Monday (July 27, 2015). The House of Representatives members will hold a joint session with the senators Monday afternoon to hear the last and 6th State-of-the-Nation Address (SONA) of President Benigno S. Aquino III. (MNS photo)

MANILA (Mabuhay) – The protest action of lawmen from the Makabayan bloc during the sixth and last State of the Nation Address (Sona) of President Benigno Aquino III is a maneuver for them to secure votes for the upcoming elections, an administration ally said on Monday.

Liberal Party chairman for political affairs and Caloocan representative Edgar Erice said that the protest action by the seven militant lawmakers is “in aid of reelection.”

The lawmaker also hit the militant solons for disrespecting the President.

(It’s very unparliamentary. Why would they do that? They could have just mounted their own kontra-Sona. They have the freedom to air their opinions, but to disrespect the president is too much.)

Sought for reaction, Colmenares said that he is saddened that his colleague in the House of Representatives chose to see their protest action from a “traditional politician’s standpoint.”

“While others stood up to clap for Pres. Aquino’s Sona, we in the Makabayan bloc stood up to protest the sorry state of the nation,” Colmenares said.

“Our colleagues are free to express their wholehearted support for Pres. Aquino; we also have the freedom to tell the people that the much vaunted econ development is not felt by the poor and the hungry, the contractualized workers who are disempowered from striking…contrary to the glowing Sona of Pres. Aquino,” he added.

On their part, Ridon and Zarate both said that it is Aquino who turned his last Sona into an election speech for administration candidates.

“(The President’s Sona) was a virtual endorsement of his bets for the Senate and the presidency, and negative campaigning against his opponents. The Makabayan protest was an indictment of five years of failed governance,” the youth party-list solon said.

“Aside from blaming and rhetoric, (the President’s Sona) is actually virtual endorsement of his successor,” Zarate added.

Tips for a Healthy Smile at Any Age 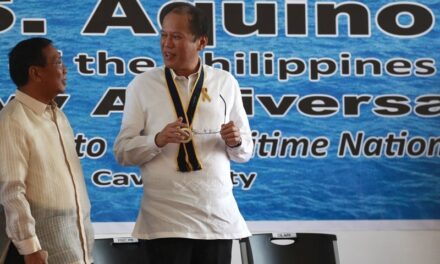