Misalucha to bring Las Vegas to Araneta in concert 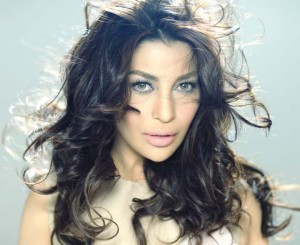 Veteran singer Lani Misalucha promised to put up a show worthy of Las Vegas for her upcoming solo concert “La Nightingale” on December 6 at the Araneta Coliseum.

Misalucha, a veteran performer at the US gaming capital for several years, also vowed to incorporate new material in her major concert, which will also feature Arnel Pineda, Jed Madela, G-Force and other surprise guests.

“We will be putting new songs. Alam niyo naman ako, when I do shows, iba-ibang genre ang maririnig niyo. Whenever I do shows I incorporate classical music,” she said at a press conference on Wednesday.

“When it comes to production, we would put a Las Vegas feel in our production. May similarity, hindi man mapantayan, ang goal namin medyo may Cirque du Soleil ang isa sa mga songs doon. ‘Yun ang binubuo namin,” she said, referring to the iconic modern circus troupe that is also a mainstay in Las Vegas.

Accompanying Misalucha in the concert is the ABS-CBN Philharmonic Orchestra under the baton of Gerald Salonga.

The Araneta concert is directed by Paul Basinillo with Louie Ocampo as musical director.

Misalucha is hoping that more Filipino artists would be given a chance to perform in Las Vegas.