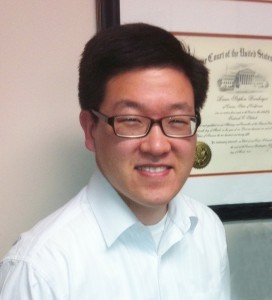 (Paul Choi is an immigration attorney and professor of law located at 16000 Ventura Blvd. Ste 1201, Encino, CA. 91436.  Atty  Choi will answer all questions regarding immigration and naturalization for free. Address questions to pchoi@pchoilaw.com or telephone 818 714-2226.  Atty Choi is pleased to announce that his administrator is Philip Abramowitz .)

Question:  I have read so much about the big news under the Child Status Protection Act.  I have a question.  I obtained my greencard through my sister who filed for me way back in 1987.  My children were included when I was petitioned but they aged out by turning 21 at the time of my interview.  I had to leave them behind in the Philippines which was so sad and heart breaking since we waited for so many years.  I heard that I can now petition my children and use the old priority date of my sister’s petition for me which is 1987.  Is this true? When can I file?  How fast can they come?  What is the procedure to get them here fast?  What happens if one of my children already married. Can I still petition them?  I am so excited to hear this news. It is really exciting to hear this.  Can you help me?

Answer:  As I said before, there is big news that just came out last week. This is not a new law passed by Congress or signed by President Obama. Rather the new law came out of a decision by the Federal Appellate Court in California called the Ninth Circuit U.S. Court of Appeals. The decision arose out of a lawsuit filed by several people whose children turned twenty one before they could immigrate and they, the plaintiffs in the lawsuit, sought to petition the children and use the old priority date that they were given when they were petitioned by their parents or siblings. After years in the courts, the Ninth Circuit ruled in favor of the plaintiffs and found that children who aged out after being a derivative beneficiary of their parents’ immigration application could be petitioned by their parents and take advantage of their parents’ old priority date of the petition that the parents used to immigrate or adjust status.  This means that if the parents were petitioned way back in the 1980’s or 1990’s through a parent or a brother or sister or even through an employer, these parents could now petition for their children who are over 21 and use their old priority date. Using the old priority date for a subsequent petition by a parent for their aged out child would put the child’s petition closer to the front of the line waiting for the immigration quota.

After the news broke there has been a landslide of questions about the court decision called De Osorio v. Mayorkas.  Most persons asked us when they could take advantage of this new holding and get their children here. Before I answer this there are a few words of caution.

First, this is a decision of a Federal Court not the work of Congress or the President. This means that the USCIS fought against the decision but lost. However, even though the USCIS lost in the case, there is still the option that they could seek rehearing or perhaps appeal the decision of the Federal Court to the U.S. Supreme Court.  As of this writing, a petition for an appeal to the Supreme Court had not yet been filed. However, it is still early and it is my understanding that the government has 90 days to appeal to the U.S. Supreme Court so we may not know the final outcome for a few months. If the petition for appeal is filed the decision of the Ninth Circuit in this matter may be held in abeyance or maybe even reversed by the Supreme Court. It is definitely too soon to know for sure what the USCIS will do regarding the further appeal. Just remember that as of now the decision of the Court of Appeal is not final.

Secondly, not everyone qualifies for benefits under the Child Status Protection Act. This law was enacted on August 2, 2002, to benefit persons who aged out while awaiting processing of their parent’s petition by the USCIS.  It eliminates the penalties suffered by children whose petitions were delayed by USCIS processing delays.  However, as a general rule in order to qualify for benefits of the CSPA, the child who is seeking the benefit must have aged out of his parent’s petition by turning twenty one years of age after August 2, 2002, the date the law went into effect. If the child turned 21 before August 2, 2002, he is most likely not eligible for the benefit of the CSPA. So, if you immigrated either before or after August, 2002 but your child turned 21 before August 2, 2002, he is probably not eligible for the benefits of the law.

Finally, for those who do qualify and are seeking to take advantage of this beneficial ruling, it is not certain how to proceed.  Sure, the decision of the Ninth Circuit Court is the law of the land, at least in the Western U.S., but the USCIS has not yet issued any memo on how it will handle requests under the De Osorio ruling.  Without a formal announcement by the USCIS, it is uncertain how the agency will treat petitions seeking to immigrate aged out children under the CSPA. This is a truly developing story and we should learn more as the days pass. Please pay close attention to our column and our website for further news and breaking stories about this groundbreaking new case law.

What can you do to prepare? I would definitely recommend that you gather the documents that you need to file. I would suggest that you secure the birth certificates of your children you wish to immigrate as well as any proof of the petition that was filed years ago for you to immigrate. This old petition is needed to prove the old priority date of the petition that was filed to immigrate you because you will be asking the USCIS to give that old priority date to your children. If you don’t have the petition or any proof of your priority date, you may need to file a FOIA request or Freedom of Information Act request with the USCIS to obtain a copy of your immigration file which will include the petition.

As always as part of our community service, we offer FREE consultation regarding any immigration matter. You may call us, email us or visit us.