Most Shocking Health Stories of 2010

On August 5, the historically unstable San Jose gold and copper mine in northern Chile caved in while 33 miners were working. The miners were widely assumed dead, but on August 22, a note was pulled up through a borehole: We are OK in the refuge, the 33 said. 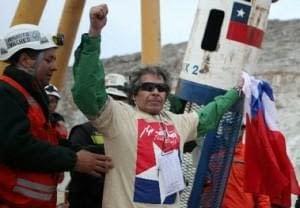 Against all odds, the men were alive 2,000 feet below the surface. But it could take several months to reach them. From then on, the miners, who had spent 17 days rationing out spoonfuls of tuna fish and milk, captivated the world with their remarkable survival skills and discipline. For more than two months, they lived in a 165-square-foot cavern below the earth as Chilean President Sebastian Pinera called in experts from across the world to assist in the delicate rescue process. Using a thin tube to send supplies like nutrient-packed gels, food, water, medication, oxygen, and even empanadas and cigarettes, doctors and health officials nursed the men back to health. Psychologists above monitored the miners and talked to them about their anxiety and fear on a telephone. On October 12, as the entire world tuned in, the miners ascended one by one in a special capsule over the course of 24 hours. Three miners had immediate surgery for dental problems, while others were treated for tooth infections and corneal problems. One miner recovered from pneumonia, while two others had a respiratory condition from breathing in silica dust. But all expect a full physical recovery.

Baby Smokes 40 Cigarettes a Day but Manages to Quit 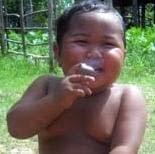 Two-year-old Indonesian toddler Aldi Suganda soared to international fame when a video of him chain-smoking cigarettes went viral. The pudgy toddler was filmed expertly holding a cigarette between his index and middle finger and exhaling. Soon, people from around the world were in an uproar, and the story expanded: The kid really did have a habit to the tune of 40 cigarettes a day and threw violent temper tantrums when he couldn’t get his fix. His fish merchant parents had allowed Aldi to wander the market as they worked. One day, they found their then 11-month-old smoking “like an adult,” according to his mother. Anti-smoking organizations note that while Aldi’s case is dramatic, many children in Indonesia smoke due to the government’s lack of health education and lax oversight of tobacco company advertising. After news crews arrived at their door, Aldi’s parents enrolled the child in a smoking cessation program. In September, officials announced that Aldi had quit smoking.

On April 12, Bret Michaels – former Poison lead singer and bandanna-wearing reality TV star – was rushed to the hospital for an emergency appendectomy. Just two weeks later on April 23, the rocker began complaining of an excruciating headache after a day of vomiting. In fact, the headache was a symptom of a massive brain hemorrhage, which landed Michaels in the ICU in critical condition. Michaels, a diabetic, emerged from the ordeal in good sprits, blogging that there were “hot nurses taking care of me.” Then on May 2, Michaels felt numbness and pain on a side of his body and was diagnosed with a hole in his heart, which is treatable. Since his release from the hospital, Michaels has reconciled with his on-again, off-again girlfriend and the mother of his children. The man who has made a career of being a player says he’s considering marriage because he feels he has been given a “second chance.”

Rash of Cancer Hoaxes – and an Acid Hoax

Ashley Anne Kirilow, pictured right, shaved her head, plucked her eyebrows, starved herself to look like a cancer patient and founded a bogus cancer research charity to take in $30,000. Jessica Vega tricked friends, family and even her new husband into believing she had terminal leukemia, apparently in order to score a free wedding dress, honeymoon and jewelry. Carol Lynn Schnuphase drugged her healthy 12-year-old son and shaved his head so that he appeared to have cancer. Bethany Storro said a stranger threw acid in her face but later admitted the disfiguring attack was self-inflicted. The year has been a big one for health hoaxes – usually the result of mental illness or sociopathic tendencies, experts theorize. “This could be a combination of self-mutilation and Munchausen syndrome,” AOL Health’s Mental Health Specialist Dr. Daniel Carlat said of Storro. “Prisons are filled with people like this,” Dr. Neil I. Bernstein said of Kirilow, noting that antisocial personality disorder is a likely diagnosis for such a person. The afflicted repeatedly break the law; disregard the safety of others; lie, steal or fight constantly; and generally violate social norms to take advantage of the system. Neither Carlat nor Bernstein treats any of those accused of health hoaxes.

Mom-to-Be Cut in Half to Remove Cancer

Canadian Janis Ollson, pictured right, was called a “miracle mom” after she survived an experimental operation during which she was literally cut in half and sewn back together while she was pregnant. Three years ago, while pregnant with her second child, Ollson was diagnosed with chondrosarcoma, a form of untreatable bone cancer. She had suffered extreme back pain that she and doctors assumed was sciatica. Since the cancer was diagnosed after it had spread through her bones, surgeons at the Mayo Clinic in Rochester, Minn., determined that they would need to remove her leg, lower spine and half of her pelvis – a procedure performed only on cadavers before. The doctors’ main challenge was how to put Ollson back together again and they succeeded. Ollson went forward with the surgery, receiving a prosthetic leg and pelvis. She snowmobiles; grocery shops; drives an ATV; and uses a wheelchair, crutches or a walker to get around. “There’s some purpose to all this whether I know it or not,” she told the Winnipeg Free Press.

In September 2010, at least six gay youth – some as young as 13 – committed suicide after being relentlessly bullied. Perhaps the most well-known case concerns Tyler Clementi, a freshman at Rutgers University who jumped off a bridge after learning that his sexual encounter with another man had been streamed live on the Internet by his roommate. Though LGBT teens have long been far more likely to commit suicide than their heterosexual peers, the September suicides led to public outrage directed at bullies, gay-shaming churches, and unsupportive school administrators and parents. “Stigmatizing someone for being gay is like criticizing them for having brown hair,” Carlat told AOL Health. “It is really a relic of another era.” Journalist Dan Savage began an online campaign called “It Gets Better,” aimed at decreasing the sense of isolation and hopelessness many young LGBT people experience. LGBT adults were encouraged to produce and upload home videos that repeated a single message: Life gets better; don’t end yours now.

A Spanish farmer had accidentally blown off his entire face in a gun accident five years ago, but surgeons in Barcelona successfully gave him an entirely new set of features. Oscar, 31, who did not reveal his last name, had been unable to eat solid foods, speak or breathe independently since 2005. In March, he underwent a 24-hour surgery, during which doctors transplanted a donor face, including a jaw, nose, muscles, teeth, eyelids and nose onto Oscar’s head. The surgery was the first of its kind (previous face transplants have been partial). In July, Oscar appeared at a press conference to reveal his masklike new face. Though in the preliminary stages of an estimated 18 months of physical therapy and recovery, Oscar could drink liquids, eat soft foods and speak – and he even grew beard hair on his new chin. He was ready to do “little things, like walking down the street without anyone looking at him or sitting down for a meal with his family,” his sister said.

More Than a Half Billion Eggs Recalled Due to Salmonella Concerns

Consumers were disgusted by the factory-farming truths that August’s large-scale egg recall brought to light. The contaminated eggs had come out of Iowa – mainly from the major distributor Wright County Egg – and had sickened nearly 2,000 people across the country. News reports showed that Wright County Egg, which supplied wholesalers throughout the country, had a troubling past. The owner, Austin “Jack” DeCoster, has sold salmonella-tainted eggs before, causing a 1987 outbreak at a New York City hospital that sickened 500 chronically ill and elderly patients, killing nine. His company has been accused of providing unsafe working conditions, committing environmental violations, harassing workers, hiring illegal immigrants and violating health codes. During the recent recall, investigators found salmonella in bone meal used in feed for young birds. Some of DeCoster’s farms had manure piles, dead rodents, dead maggots and flies. Workers failed to follow anti-contamination protocol. But jaded experts doubted that any significant changes would be implemented after the initial outrage. “Food tends to be the poor stepchild for the FDA,” Caroline Smith DeWaal, food safety director for the advocacy group Center for Science in the Public Interest, told AOL Health. “There have been numerous outbreaks over [the] last five or six years that focused congressional attention, but we’ve been waiting over a year for the Senate to act.”

The January 12 earthquake devastated Haiti, an already-fragile country, killing and severely injuring hundreds of thousands and rendering 1.5 million people homeless in the dense, impoverished capital of Port-au-Prince. But afterwards, things got even worse for the survivors, as a major public health crisis descended. Because much of Haiti’s already unsteady infrastructure (including hospitals) was destroyed in the quake, patients with abrasions and broken bones, which would be easily fixed in a more developed country, were at risk for infection, blood clots and death. Those with more severe conditions often went without medical care for days or weeks, and people with limbs that may have been salvaged with quick, efficient care often were forced to undergo amputations. Doctors and medical supplies were unable to make their way through destroyed roads. Drinking water was contaminated, and sanitation systems were broken, allowing raw sewage to flow freely. Malnutrition, dehydration, fever and diarrhea swept the makeshift camps, where many shelters were constructed of salvaged plastic and sticks. People living in the shelters were particularly vulnerable to mosquito-borne illnesses like malaria and dengue fever during the rainy season; one doctor in a Brazilian field hospital reported a 1,000 percent rise in malaria cases after the earthquake. Currently, a cholera outbreak threatens to sweep through the tent cities, where, 10 months after the earthquake, nearly 1.3 million people still live.