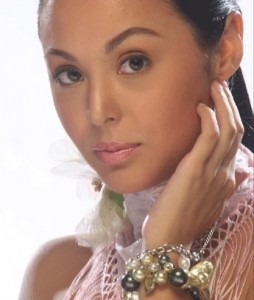 MANILA, Oct 10 (Mabuhay) – Former actress and TV personality Nancy Castiglione has finally gone on record to respond to her alleged romance with former doctor Hayden Kho, which spelled the controversial breakup between him and his long-time partner, celebrity doctor Vicki Belo.

Last February, Castiglione was identified as the third party in the separation between Kho and Belo. The former actress was reportedly seen kissing the former doctor at a bar in Taguig.

Following the spread of rumors about the alleged affair, Belo, in a statement, said that “she is letting [Kho] go,” so he won’t have to “hide” his romance with Castiglione.

Castiglione, who is married and with children of her own, at the time, vehemently denied any involvement with Kho. She maintained, through her manager Arnold Vegafria, that she is merely friends with the former medical practitioner.

Until Tuesday evening, Castiglione had refused to speak of the rumored romance in her interviews.

“I never have time to get pissed off,” Castiglione said, referring to her supposed “role” in Kho and Belo’s breakup. “Nanay ako ng dalawang lalaking kambal, so I didn’t have time. And I’m at an age now na ‘yung mga importante sa ‘kin iba na.”

Explaining her long-kept silence on the issue, she added: “You know, you speak when you know what you’re talking about. Nagulat talaga ako. Wala akong alam. Ba’t ako magsasalita?”

Eight months since the controversy erupted, Castiglione said she only wishes for the parties involved to “move on” and be happy. She also expressed regret over the end of Belo and Kho’s relationship.

“We haven’t talked unfortunately since then,” she said, referring to Kho. “It’s unfortunate, honestly. Medyo sayang, just to keep everyone happy and let it just go.”

After the breakup, Belo remains single despite being linked to a number of men, including her yoga instructor Al Galang. Kho, meanwhile, is staging his showbiz comeback via a movie under Regal Films. (MNS)

Camille gets help from Kuya John in raising son