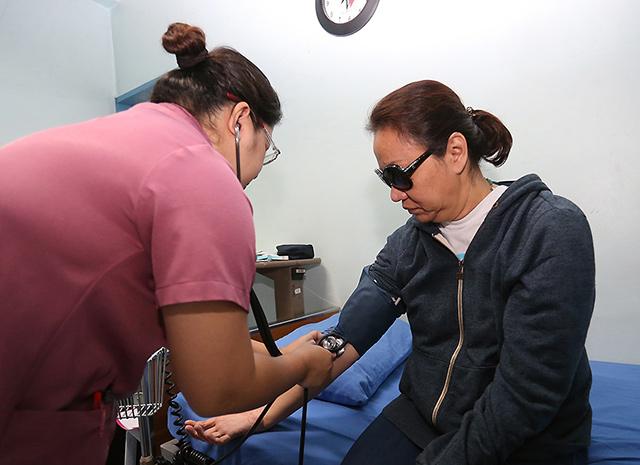 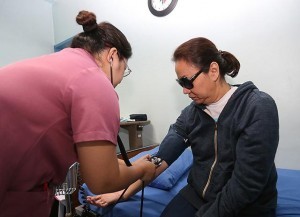 A doctor checks the condition of businesswoman Janet Lim-Napoles at the PNP General Hospital in Camp Crame on Wednesday, February 26. Napoles, alleged mastermind in the P10-B pork barrel scam, has been diagnosed to have ovarian cyst.(MNS photo)

MANILA (Mabuhay) – Alleged pork barrel scam mastermind Janet Lim-Napoles is now ready to undergo biopsy to determine if the cyst in her uterus is malignant or benign, doctors said Monday.

“We were able to manage the blood sugar over the weekend. She has been cleared by the endocrinologist and the OB-Gyn team is ready to do the procedure,” she said at a press briefing.

Villanueva said they are just waiting for Napoles to give her consent for the procedure.

Once Napoles gives her consent, it would take six hours to prepare her for the actual procedure, Dr. Perry Peralta, Ospital ng Makati medical director, said at the same briefing.

Villanueva said the procedure is called endometrial biopsy where a tissue will be taken from Napoles’ uterus, particularly in her endometrium.

The result of the biopsy will be known in three days.

It will depend on the result of the biopsy what other procedures will be conducted on Napoles.

Villanueva said the biopsy will be performed by Napoles’ doctors, but she will be there inside the operating room to monitor the proceedings. (MNS)