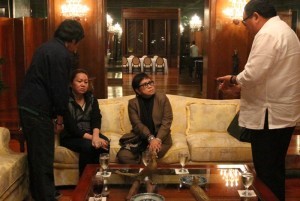 MANILA (Mabuhay) – The camp of Janet Lim Napoles on Monday said it will add the names of 3 more senators allegedly linked to the multi-billion peso pork barrel scam.

Lawyer Bruce Rivera said Napoles discovered the names of the 3 senators after checking her transaction records from as far back as the year 2000.

“At least three more senators…I don’t want to say (if they are incumbent). Sa Cabinet secretaries, wala ata. I am sure that senators and congressmen may madadagdag,” he said.

“It is because the transactions are not just in 2007-2009. It started in 2000. So siyempre it was a very long list of transactions and you tend to forget, she does not have a photographic memory that you know every nook and cranny. When she checked her transaction records, ay meron pala ako nito. Ay may deal pala ako nito,” he added.

Rivera said Napoles has checks, vouchers and transaction records that will back up her claims of transactions with lawmakers.

He said his client is willing to tell all before the Senate Blue Ribbon Committee but urged senators and lawmakers linked to the scam to inhibit.

“It is a moral plea because we don’t want it to be an accusatorial [hearing]…If they really just want to grandstand and just accuse her and tell her she’s a liar, they can do that in the Ombudsman,” he said.

He also said Napoles’ records are different from that of whistle-blower Benhur Luy’s, noting that his client does not know how to use a computer.

“She keeps a list using her own handwriting and a piece of paper. It is not in a book. She wrote them down. She has – not only checks but vouchers,” he said.

Napoles is accused of conniving with lawmakers and government officials to siphon billions of pesos in priority development assistance funds (PDAF) to ghost projects of non-government organizations that she set up.

A Commission on Audit report has confirmed more than 2 billion pesos in PDAF were allocated to Napoles NGOs from 2007-2009.

At least three opposition lawmakers – Senators Juan Ponce Enrile, Jinggoy Estrada and Bong Revilla – are facing plunder charges before the Office of the Ombudsman for their alleged links to the scam.

Napoles earlier submitted a list of individuals including 11 senators and 70 congressmen who allegedly benefited from the scam.

During the interview, Rivera confirmed that the inclusion of former congressman and now Senator JV Ejercito in the list was an error made by the encoder and that they had asked the Department of Justice to strike out Ejercito’s name from the list.

He said Napoles was joking about including Ejercito in the list since she knew about the feud between Estrada and the newly-elected senator. Ejercito and Estrada are half-brothers.

‘AN ACCELERATION OF CORRUPTION’

Rivera said the Napoles family gave the initial list of lawmakers to rehabilitation czar Panfilo Lacson but were dissatisfied with the pace of Lacson’s investigation on the matter.

He also denied that Napoles lied under oath when she told the Senate Blue Ribbon Committee hearing last year that she did not know any of the lawmakers being linked to the scam.

Rivera said that before her testimony, Napoles had been in jail at Fort Sto. Domingo for a serious illegal detention charge and had not been with her family for some time. Napoles also had a falling-out with lawyer Lorna Kapunan before she was scheduled to face the Senate investigation.

“She was lost and disoriented and I was not yet here. I was in the United States. I was supposed to return November 18 and the hearing was November 9. She was really lost,” Rivera said, noting that only lawyers from the Public Attorney’s Office represented Napoles.

He also reiterated that Napoles did not invent the PDAF scam but that she treated the transactions with lawmakers like an ordinary business.

He said Napoles only knew that the transactions were illegal when the alleged “rebates” got too big.

Whistle-blowers earlier said Napoles promised senators and congressmen as much as a 50 percent cut of whatever pork barrel funds were funneled to her NGOs. The rest of the money was then divided among the other government officials who helped in the transactions, the actual deliveries and their own profits.

“Initially, of course, when she entered the transactions, she understood that it is normal even in private corporations when you enter into a contract or even supply something there is always a margin of profit. So it is usually 5-10 percent and then you also give a little something to those who helped facilitate to get the project,” Rivera said.

“When she entered the PDAF, she was thinking that this was just part of it. It started with 10 percent (kickbacks) until it became 20 percent, then 30 percent, then 40 percent and then 50 percent. She said it was too much because she could not deliver anymore. It reached a point that she knew something was wrong,” he added.

The lawyer said lawmakers did not call the commissions as “kickbacks” but “rebates.”

He also said Napoles could not have masterminded the scam since she is just a high school graduate. He said that when Napoles tried to enter into transactions with lawmakers, “the PDAF scam was already there pero hindi lang masyadong garapalan.”

He said the COA report on PDAF transactions listed 82 NGOs that received PDAF from lawmakers. Of this number, only 8 have links to Mrs. Napoles.

“She could not have perpetrated anything if there was no senator or congressman who offered the SARO (special allotment release order) for her use, there is no government implementing agency who coordinated with the congressman who chose NGOs. In fact, her first transaction was not her NGO but another person and other NGOs that she had to pay to be used,” he said.

“You cannot do that without the participation of the public officials. This is a public crime involving public funds. She was there but she cannot do it without these people having started it,” he added.(MNS) 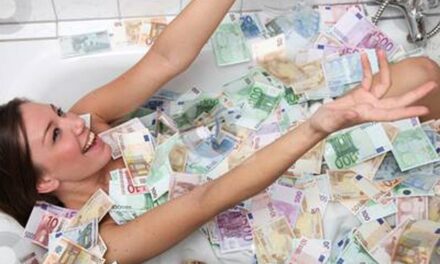