Natalie Portman has big news to share – she’s becoming a wife and a mother.

The 29-year-old ‘Black Swan’ star is expecting her first child with new fiance Benjamin Millepied, her rep confirms to PEOPLE. The baby is due in 2011.

The pair met on the set of ‘Swan’ where Millepied – a principal dancer in the New York City Ballet – choreographed the dances and played her partner on screen. 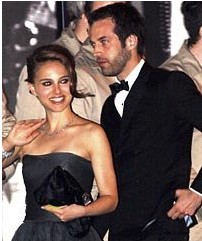 “We got along right away; she’s very, very professional, not difficult – there’s no attitude there,” he told Vulture of first working with his now fiancee.

In the Darren Aronofsky psychological thriller, Portman plays a troubled ballerina on the rise in her ballet company. For the role, the actress has earned Screen Actors Guild and Golden Globe nominations and is a front-runner for an Oscar nod.