(Oct. 21) – NPR has fired longtime news analyst Juan Williams after he told the Fox News Channel that he gets nervous when he sees Muslims on airplanes.

Williams appeared on “The O’Reilly Factor” on Monday, and host Bill O’Reilly asked him what he thought about the idea that America is facing a “Muslim dilemma.” The Fox News personality caused a stir recently on ABC’s “The View,” when co-hosts Joy Behar and Whoopi Goldberg walked off the set to protest his comments blaming Muslims for the Sept. 11, 2001, attacks.

Longtime NPR news analyst Juan Williams was fired because comments he made on Fox News “were inconsistent with our editorial standards and practices,” NPR said in a statement.

Williams said Monday he agreed with O’Reilly’s statement that “jihad, aided and abetted by some Muslim nations, is the biggest threat on the planet.” The two also discussed political correctness, which Williams said could “lead to some kind of paralysis, where you don’t address reality.”

“Look, Bill, I’m not a bigot. You know the kind of books I’ve written about the civil rights movement in this country. But when I get on the plane, I got to tell you, if I see people who are in Muslim garb and I think, you know, they are identifying themselves first and foremost as Muslims, I get worried. I get nervous,” Williams said.

Late Wednesday, NPR issued a statement saying it had given Williams notice that his contract was being severed. “His remarks on ‘The O’Reilly Factor’ this past Monday were inconsistent with our editorial standards and practices, and undermined his credibility as a news analyst with NPR,” the statement read, according to a story on NPR’s website.

Williams told NPR that he’s conferring with his wife about what’s happened and that he’s not ready to comment publicly.

Before working for NPR, Williams spent 21 years at The Washington Post as an editorial writer, op-ed columnist and White House reporter. He is the author of several books on civil rights in America and hosted NPR’s flagship news call-in show, “Talk of the Nation,” according to his bio on NPR’s website.

But Williams’ frequent appearances on “the largely conservative and often contentious prime-time talk shows of Fox News have long been a sore point with NPR News executives,” the NPR website reported. Williams’ title was recently changed from correspondent to analyst after he took clear-cut policy positions in TV appearances and in newspaper columns.

In February 2009, NPR asked that Williams stop being identified on “The O’Reilly Factor” as a “senior correspondent for NPR,” even though that title was accurate at the time, The New York Times reported.

At the time, NPR ombudswoman Alicia C. Shepard called Williams a “lightning rod” because he “tends to speak one way on NPR and another on Fox.” She told the Times that NPR received 378 listener e-mails in 2008 complaining about Williams.

Williams is only the latest high-profile media personality to lose a job over opinions aired on national radio or TV. Last month, CNN anchor Rick Sanchez was fired from the TV network for controversial remarks he made about Jews, the media and Comedy Central host Jon Stewart. 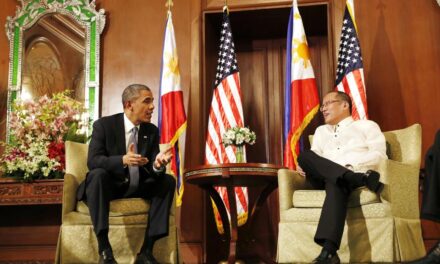 8 Life Lessons from my 8 years as a “Kababayan”