NAVY CLOSER TO USE OF HANJIN SHIPYARD WITH ‘TERM SHEET’ SIGNING

MANILA, June 8 (Mabuhay) — The Philippine Navy (PN) has already signed a “term sheet” with cash-strapped shipbuilder Hanjin Heavy Industries and Construction (HHIC-Phil) for the use of its facility in Subic, Zambales.

“In fact, just last week (June 1), I (have) signed a term sheet (with HHIC-Phil) for the North Yard. The term sheet means negotiation will continue (and) that (we) have accepted the terms there,” outgoing PN chief Vice Admiral Giovanni Carlo Bacordo said in his exit interview with reporters on Monday.

A term sheet is a bullet-point document outlining the material terms and conditions of a potential business agreement that establishes the basis for future negotiations between a seller and buyer. It is usually the first documented evidence of a possible acquisition.

The PN is eyeing to convert and use 100 hectares of HHIC-Phil’s North Yard into an installation that will house the Philippine Fleet, Naval Sea Systems Command, Naval Installation Command, and the Amphibious Assault Battalion.

The North Yard is located near HHIC-Phil’s Graving Dock No. 5 (also known as a dry dock) and is used to construct, repair, and maintain ships.

Bacordo will bow out of military service on Wednesday upon reaching the mandatory retirement age of 56.

Bacordo said he is looking forward to moving their large ships like the Gregorio Del Pilar-offshore patrol vessels, the Tarlac-class landing docks, the Pohang-class corvette BRP Conrado Yap and the missile frigates BRP Jose Rizal and BRP Antonio Luna into the facility once the deal is completed.

The PN has always been interested to occupy a part of the HHIC-Phil in Subic Bay due to the presence of a deep-sea harbor that can be used to accommodate its strategic sealift vessels and larger patrol ships.

HHIC-Phil’s harbor has a minimum depth of about 10 meters which can accommodate the draft of the Tarlac-class landing docks and Del Pilar-class offshore patrol vessels and incoming frigates.

Draft refers to the vertical distance between the waterline and the bottom of the hull or keel. Aside from having a deep-sea harbor, the facility is also protected by mountains and the nearby Grande Island.

In January 2019, the shipbuilder filed a petition before the Olongapo City Regional Trial Court “to initiate voluntary rehabilitation under Republic Act 10142, otherwise known as An Act Providing for the Rehabilitation or Liquidation of Financially Distressed Enterprises and Individuals”. (MNS) 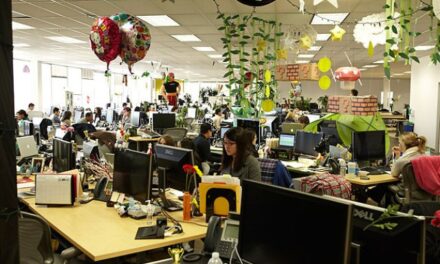