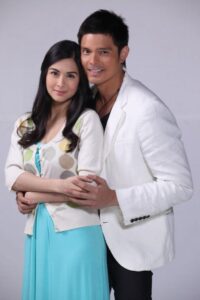 The dashing Kapuso actor said he has realized how organized his wife is.

His 30-year-old gorgeous wife, on the other hand, revealed that she never knew that the actor actually snores not until they started living under one roof.

Despite these little discoveries, the multi-awarded actor said that there is not so much to know more about each other.

On having their own children, Dingdong was quick to say that he wants to have their first-born this year.

As to whether they want their first-born to be a girl or a boy, the Filipino-Spanish actress said it really doesn’t matter.

Enrique and Liza: Beginning of something wonderful?