New guidelines on balikbayan box inspection out next week 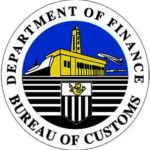 MANILA, Aug 28 (Mabuhay) — Commissioner Alberto Lina of the Bureau of Customs (BoC) will sign next week the new guidelines on the inspection of balikbayan boxes.

The signing will take place on Wednesday, September 2, after the BoC finalizes the details of the draft on Tuesday, Commissioner for the Internal Administration Group Arturo Lachica said Friday.

The new guidelines will then be issued to concerned branches of the bureau during the District Collector’s Conference next Friday.

Lachica said they will focus on having no physical inspections on balikbayan boxes, as ordered by President Benigno Aquino III after the planned manual inspection drew flak from overseas Filipino workers.

Instead, mobile X-ray machines will be used to inspect the estimated 1,500 containers of balikbayan boxes shipped every month

If suspicious items are found within the initial scans, the containers will then be lowered and inspected by smaller X-ray machines, Lachica said.

Both Lachica and Lina said no taxes will be imposed on the “personal effects of no commercial value” found inside balikbayan boxes.

Lachica made the announcement on the same day OFWs were having a “zero-remittance day” to protest the planned inspection on balikbayan boxes and the supposedly burdensome taxes being imposed by the BoC on packages from migrant workers. (MNS)

Voter IDs for registered Filipinos now at the Consulate