Balita-Las Vegas Edition was invited to cover the event. 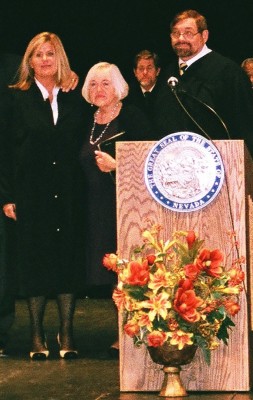 The presence of Governor Brian Sandoval (R-NV) who spoke glowingly of his friend Judge Conrad Hafen added prestige and color to the affair.

The Southern Nevada Multi-Agency Law Enforcement presented the colors, while the Pledge of Allegiance was performed by the children, nephew and niece of the judges. The Star Spangled Banner was sung by Alexandra Bartlett while the Invocation was recited by James Kephart. The Summerlin Dance Company performed a special dance for the honorees.

Reception immediately followed at the 16th Floor, Building B of the World Market Center in downtown Las Vegas.

Aquino: ‘Overwhelming majority’ will say we went beyond expectations