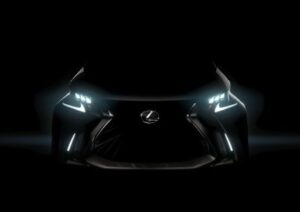 Lexus will premiere its new concept, the LF-SA, at the 2015 Geneva Motor Show.
©Lexus

(Relaxnews) – Toyota’s high-end arm has announced its latest concept, the LF-SA, which will be presented in a world premiere at the Geneva Motor Show this March.

The new concept is centered first and foremost on the driver and the experience of driving, which according to Lexus is exactly what luxury is all about. The LF-SA Concept will be unveiled in Geneva just before going on display to the public at the motor show from March 5.

Visitors to the Lexus stand will also find the GS F, showcased in its European premiere, and the LF-C2 prototype. First revealed in January at NAIAS in Detroit, the GS F is a high-end sedan that combines luxury features with the performance of a 477hp V8 engine. The LF-C2 concept, which premiered in Los Angeles last November, is a design study for a 2+2 premium roadster.

The 85th Geneva Motor Show opens to the public March 5 to 15.