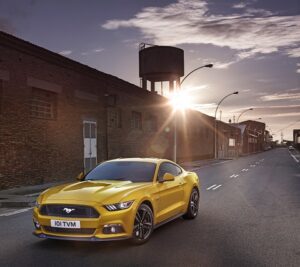 New Mustang will be the fastest Ford ever sold in Europe.

(Relaxnews) – At a special live-streamed event on Monday, Ford continued to stoke up excitement about the latest iteration of its classic muscle car – set to go on sale in Europe for the first time in its 50-year history—by demonstrating its vital performance statistics.

And those statistics are very impressive: the 5-liter normally aspirated V8 version of the car will be able to accelerate from 0-100kph in 4.8 seconds, making it faster than the 2005 Ford GT hypercar and as quick as the current Porsche Cayman and Bentley Continental GT V8, yet significantly cheaper than either.

Even the entry-level model that uses a much smaller, efficient 2.3-liter turbocharged EcoBoost engine can still manage the 0-100kph sprint in 5.8 seconds, which is very respectable, especially considering it’s also capable of returning 35mpg.

Officially bringing the pony car to Europe is a potential gamble for Ford and that’s partly why the company has been hyping up its imminent arrival since the end of 2013 – it’s as much to gauge a reaction as it is to get customers to reorder the car.

Ford has an enviable reputation for performance, racing, quality and value for money in the EU thanks to a host of fabulous, European-built or European-developed cars that goes right back to the original Le mans-winning GT40 of the 1960s and includes a host of hot and hotter hatchbacks such as the Sierra and Escort Cosworths and the current Fiesta ST, which combines the punch of a welterweight with the poise of a ballerina and sufficient space for two small children and some shopping in the back.

Hence, Ford is making every effort to highlight that the new Mustang is a serious driver’s car, not simply a boulevard cruiser or lifestyle extension. Therefore, straight-line acceleration is only one element: what it can do in the bends is just as, if not more, important for Europeans.

And this is where things get more impressive. Ford will be offering the car in Europe with a performance pack as standard that includes better brakes, cooling, and some chassis and suspension tweaks.

”The new Ford Mustang will be wickedly fast off the line and throw you back in your seat with a thrilling engine soundtrack,” said Hermann Salenbauch, Mustang vehicle line director. “But Mustang isn’t just fast in a straight line. The ride and handling will be a revelation for European drivers.” 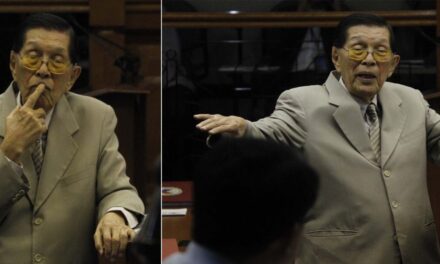 Palace: Nothing irregular about long wait for arrests in ‘pork’ scam