New poll commissioner Lim: My appointment is not a prize 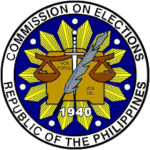 MANILA (Mabuhay) – New poll commissioner Arthur Lim on Monday dismissed insinuations that his appointment is a reward for his role in the impeachment trial of former Chief Justice Renato Corona in 2012.

“I don’t think it’s a prize but an opportunity to serve,” Lim told reporters of his appointment on his first day as a Commission on Elections (Comelec) commissioner.

Lim, a former Integrated Bar of the Philippines president, was one of the 57 private prosecutors in the Corona impeachment trial in the Senate.

During Monday’s interview, Lim, who has been in private practice for 44 years, said he sees his appointment as a late-minute opportunity to be a public servant.

“I have been in the private sector for 44 years. I am thankful that in the twilight years of my life with God’s grace I am still healthy and I will be able to give it back to the government,” he said.

Lim said the closest he ever came to working in the government was when he was part of the collaborating council of the Presidential Commission on Good Government in the early days of his career.

As Comelec commissioner, Lim vowed to “serve faithful and sincerely. I will not promise anything regarding my performance. Time will tell.”

“It is an honor that I was given the opportunity to be in the public sector, in my own little way can contribute whatever I would be able to do in the Comelec to fulfill its mandate,” he said.

Padaca was replaced after she failed to get the approval of the Commission on Appointments several times. (MNS)