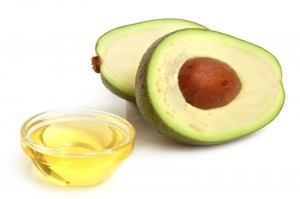 HEALTH nuts and fitness enthusiasts, take note. New research from Europe shows that avocado oil can be a significant source of the vitamin CoQ10.

The research shows that Olivado cold-pressed, extra virgin avocado oils contain significant quantities of CoQ10, a much desired vitamin-like substance that has been shown to produce significant health benefits.

CoQ10, also known as â€œubiquinone,â€ plays an essential role in the conversion of carbohydrates, fats and proteins into energy. This much sought-after substance has been shown to produce serious health benefits. CoQ10 in supplement form is one of the fastest-growing products on the market.

The studies, conducted at Nutrition Institute by Dr. I. Pravst, show that Olivado avocado oils contain 123mg/L, while meat, long considered the food group containing the highest concentration of this vital element, contains only 20-40mg/kg.

Extra virgin avocado oil is one of the good oils: high in monounsaturated fats, lower in saturated fats than olive oil, as well as having a great taste. But not all avocado oils produced this significant level of CoQ10. The studies were conducted on a number of avocado oils from Mexico, South Africa and New Zealand with the amount of CoQ10 varying from 20mg/kg to 123mg/kg. The highest ranking was achieved by one particular brand, Olivado, a New Zealand-based producer of high-quality edible oils.

According to Neil Albert, vice president and general manager of Olivadoâ€™s USA distribution center, it is Olivadoâ€™s proprietary process for extracting oil from the avocado which is responsible. â€œMost avocado oils are mass-produced and chemically refined,â€ says Mr. Albert. â€œEvidently, the process of refining, coupled with ineffective production processes, eliminates most of the CoQ10 in avocado oil.â€

These results were released after a research study conducted on over 100 different vegetable oils. The study was undertaken by The Nutrition Institute of Slovenia in conjunction with Pablo de Olavide University, Seville, Spain.