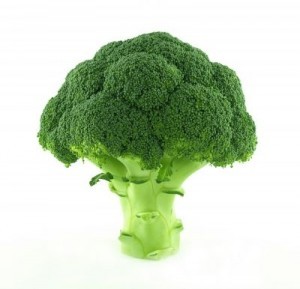 Is a better broccoli in the works?
©Ricardo Esplana Babor/shutterstock.com

(Relaxnews) – Broccoli has long been celebrated for its many nutritional benefits, including its anti-cancer properties. In addition to ongoing research involving the veggie’s use in preventing cancer, researchers at the University of Illinois have found a way to prolong broccoli’s shelf life.

The research, recently published in the medical journal PLOS ONE, details a reportedly natural, inexpensive way to produce broccoli that won’t spoil quickly and features even more health benefits.

Jack Juvik, a University of Illinois crop sciences researcher, discussed how a combination of two plant compounds not only increased “the presence of cancer-fighting agents” in the vegetable, but also contributed to longer shelf life.

“We had figured out ways to increase the anti-cancer activity in broccoli, but the way we figured it out created a situation that would cause the product to deteriorate more rapidly after application,” Juvik said. “If we could figure out a way to prolong the appearance, taste, and flavor long after harvest and maintain the improved health-promoting properties, that’s always of great interest to growers.”

Glucosinolates are considered anti-cancer agents due to their ability to induce detoxification enzymes, which cleanse and remove carcinogens from the body.

While MeJA increases the veggie’s cancer-fighting abilities, it also “signals a network of genes” that release ethylene, thus causing plant decay. Researchers then applied recently developed compound 1-methylcyclopropene (1-MCP) to the same broccoli plants, as the compound, also said to be non-toxic, interferes with receptor proteins sensitive to ethylene, thereby stopping or slowing the decay.

“It’s very cheap, and it’s about as toxic as salt,” Juvik said of 1-MCP. “It’s volatile and disappears from the product after about 10 hours,” he claimed, also noting the positive effect these treatments could have.

“These are not pills that go in and take away or change damaged tissues, but it’s a way to protect people by reducing the risk they currently have to different diseases,” he said.

Meanwhile, since 2011 shoppers in the UK have been able to buy a so-called “super broccoli” called Beneforté. Developed by British researchers using conventional breeding techniques, it is said to contain extra potent levels of glucoraphanin, thought to help lower the risk of heart disease and some forms of cancer. Late in 2010 controversial agribusiness giant Monsanto and Apio Inc. quietly launched a US-grown version of the super broccoli.

PGC says no onward transmission of BA.2.12 detected in Philippines