Nikki Gil on split with Billy: ‘I was a wreck, nadurog ako’ 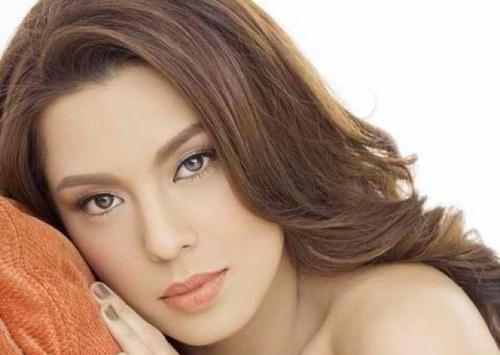 These were Nikki Gil’s words in describing the heartbreak of separating from her boyfriend of five years, Billy Crawford, in her first interview addressing the controversial break-up at length.

Gil, earlier in the media gathering, referred to herself as a “wreck” as she recalled the time immediately after the split.

Asked to expound on this, Gil told ABS-CBN News, “I would always say I can only really discuss my story, what I went through as a person. Of course a lot of girls can relate to it.”

“Pero the challenge there,” Gil emphasized, “is how fast you can pick yourself up and walk away.”

Gil and Crawford started what would become an almost five-year relationship when they co-hosted the talent search “Pinoy Dream Academy” in 2008.

An emotional Crawford confirmed their separation on July 28 this year in a televised interview. He declined to reveal the reason behind the split, but said “it all boils down to me.”

Explaining why she has managed to move on easily, Gil said, “Sabi nila, ‘When you know what you deserve, you don’t look back.’”

While already past the heartbreak, Gil nonetheless said she would prefer not to be friend with Crawford at this time. The two are frequently within each other’s vicinity, as they are both mainstays on ABS-CBN programs.

“I’m not rude, you know,” Gil said. “I can be civil. But I also don’t want to be fake. I’m a very real person. I don’t like lying. Instead of lying to press, I won’t say anything nalang.”

“If your question is if we can be friends or not, parang not now. Parang no. I’m just being real. You know, I… I can’t. Not now, at least,” she said.

On the topic of Crawford’s “It’s Showtime” co-host Coleen Garcia, who has denied any romantic ties with the singer-host, Gil had a quick answer.

Gil was also asked about her ties with actress Andi Eigenmann, who, at one point, emotionally denied being involved in the break-up.

“I bumped into Andi one time and I said hi. I’m an educated person, you know. I will not be rude like that,” Gil said.

As to whether she is ready to hear of Crawford being in a new relationship, Gil maintained she has already moved on from the painful end of their five-year romance.

“I don’t care. I don’t like looking back. I just want to move forward. I’m done with that. I think I’ve wasted enough time and energy on it. And okay na ako. Parang tama na, okay na ako. Things have been said, and things have come out. It is what it is, so I’m… Hands off na ako diyan,” she said.

She continued, “For me, everything happens for a reason. Kung anuman ‘yon, I’m thankful that it happened because it saved me from the past, and now I can move forward and meet the person that was destined to be with me.” (MNS)