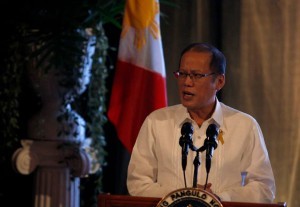 The Aquino administration described as “unfortunate” Hong Kong’s decision to scrap the visa-free arrangements for visiting Philippine diplomats and officials but reiterated that the Philippines will not apologize for the 2010 Manila hostage crisis that resulted in multiple deaths to Chinese tourists. “At the end of the day, we submit that the act of one individual should not be construed as the act of the entire nation,” President Benigno Aquino has said

MANILA (AFP) – The Philippines insisted Thursday it would not apologize for a 2010 hostage crisis in which Hong Kong tourists died, saying its response to the tragedy had been generous and compassionate.

The statement came after the Hong Kong government announced on Wednesday it would impose diplomatic sanctions against the Philippines because of its “unacceptable” failure to apologize.

However he said the Philippines “is not prepared to consider” an apology.

Rather, the Philippines would reiterate its “deepest regret and condolences”, while providing more compensation to the survivors and the victims’ relatives.

Hong Kong Chief Executive Leung Chun-ying said on Wednesday that the current visa-free arrangement for visiting Philippine diplomats and officials would be suspended from February 5.

They are currently able to stay 14 days without a visa.

Leung described the move as the “first phase of sanctions” and said the government may take more action if it thought it could be “effective” in securing an apology over the hostage-taking.

Hong Kong has been infuriated by the Philippines’ refusal to apologize for the incident in August 2010, in which a former local police officer hijacked a Manila tour bus in protest at his sacking.

After negotiations broke down, eight people from Hong Kong were killed and seven wounded in a bungled rescue effort by Philippine security forces.

Philippine President Benigno Aquino has consistently rejected Hong Kong’s demands for an apology, saying the tragedy was caused by the hostage-taker.

The Philippines has already provided undisclosed financial compensation, with the money donated by private individuals.

Without specifically referring to money, Hernandez said the Philippines had responded to appeals for “compassion” from Hong Kong “without equivocation and in a most generous manner” and that more compensation was on its way.

Hernandez indicated that the Philippines had believed that recent pledges of more compensation, and their imminent delivery, had resolved the issue.

“We have been made to understand that the victims and their families have agreed to this offer,” he said, while holding firm that the compensation package and another expression of regret were the Philippines’ final position.

“To bring the issue to its final conclusion, the Philippines remains committed to manifest compassion for the victims and their families and is ready to turn over the additional tokens of solidarity from the Filipino people,” he said.

Reaching for the Seven Stars: An experience fit for a queen