No automatic relief under TPS 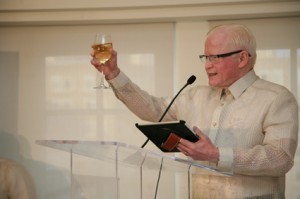 Los Angeles – Though it seems like a big welcome news for the Philippine government to request the US to grant Temporary Protected Status for the country, it doesn’t mean automatic relief for the undocumented.

According to the provisions of TPS as stated in the official US Customs and Immigration Services website, applicants will still have to meet certain requirements before they can get legalized and not be deported.

In its website, USCIS said, “To be granted any other immigration benefit you must still meet all the eligibility requirements for that particular benefit.

It also reminds applicants that once granted, TPS does not mean lawful permanent resident status or that you become a green card holder. As in any other immigration benefits, if you have been convicted of any felony, forget about applying for relief, even if TPS is granted to the Philippines.

You may also not qualify if you :

However, you may be able to apply for a work permit and will be honored as a “legally” working in the US while the country of your nationality is under TPS.

The other benefits of TPS include exemption from harsh immigration laws that apply to the undocumented. Under the TPS, “an individual cannot be detained by the Department of Homeland Security on the basis of his or her immigration status in the United States.”

The Philippines has formally requested Washington for additional immigration relief measures last December 13 to allow eligible Filipinos to stay and work in the United States so they could support the country’s long-term post-typhoon recovery efforts, the Department of Foreign Affairs announced Monday, 16 December.

Foreign Affairs Secretary Albert F. Del Rosario said the request to designate the Philippines under Temporary Protected Status (TPS) was officially conveyed by Ambassador Jose L. Cuisia, Jr. to the Department of Homeland Security through a note verbale to the Department of State. 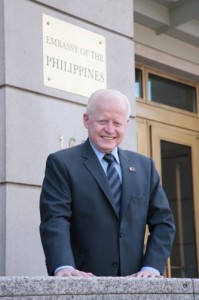 JOSE L. CUISIA, JR.
Ambassador of the Republic of the Philippines to the United States of America

“Recognizing the intense desire of the Filipino-American Community to more effectively assist victims, we would like to formally request that eligible Filipino nationals in the US be granted Temporary Protected Status under Section 244 of the US Immigration and Nationality Act,” said the letter signed by Ambassador Cuisia and addressed to Acting Secretary of Homeland Security Rand Beers.

The request was made in the wake of Typhoon Haiyan, which killed more than 6,000 people; displaced more than 4 million and affected more than 12 million during its violent rampage across the Central Philippines last month.

More than 200 Filipino-American organizations across the US, backed by members of the US Senate and House of Representatives, the Catholic Church and other NGOs have requested for the additional immigration relief measures that a TPS designation would be able to provide to Filipinos.

Secretary Del Rosario said if the request is granted, the Philippines will join four other countries that were placed under TPS after going through similar natural catastrophes. These are El Salvador and Haiti after these were devastated by earthquakes in 2001 and 2010 respectively and Nicaragua and Honduras after they were affected by Hurricane Mitch in 1998.

Ambassador Cuisia said the Embassy has also been in discussions with the Department of Homeland Security and the Department of State and the DFA in Manila since the TPS was first brought to his attention a few days after Haiyan struck the country.

Ambassador Cuisia said the Philippine Embassy and the Philippine Consulates General in New York, Chicago, Los Angeles, San Francisco, Honolulu and Agana made the recommendation to Secretary Del Rosario during their annual conference in Washington, D.C. last week and after extensive consultations with leaders of the Filipino Community in their respective jurisdictions.

Ambassador Cuisia explained that a TPS designation for the Philippines would allow eligible Filipinos currently in the US to support the long-term relief and rehabilitation efforts in the country because they could be given temporary authorization to stay and work for a limited period.

He said the request will have to first be evaluated by US authorities and may take some time. If approved, eligible Filipinos can start filing their applications, which will be reviewed on a case-to-case basis.

He said that in addition to TPS, Filipinos already in the US can also take advantage of the immigration breaks announced by the US Citizenship and Immigration Service on 15 November of which some Filipinos have already availed themselves.

DSWD: P141 million in education aid distributed as of August 21

What to do when appeals fail