No ‘live-in’ relationship for Gwen Zamora 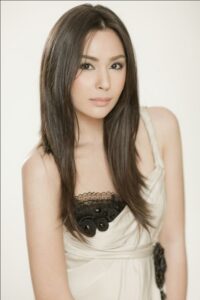 “Everything happens for a reason. Maybe that happened (breakup with Raymund) so I can find my true love,” opined Gwen.

As to how she was able to move on quickly, she explained, “We were on a break for five or six months before it became official. Hindi siya ‘yung naging masakit na breakup. Because we really thought about it. There’s no more love, nothing is growing anymore, we’re no longer growing together, what’s the point.”

Today, Gwen is a picture of bliss. “I’m in a very good place career-wise, love-wise and family-wise. So all the pillars of my life are good. I feel giddy, inspired and happy,” she expressed.

Is she moving-in with Jeremy any time soon?

“No. We have to get married first. My mom always told me moving in together is like getting married so, parang, why would I live with a man whom I am not married with? So, marriage first before moving in,” she retorted, adding, “I think every woman wants to get married. We are groomed to get married, have children and take care of a household.”

Gwen envisions herself having a baby in two years time or when she’s 26 years old. At the time, she also hopes to have established a bakeshop and coffee shop.

At the moment, Gwen is busy with the soap opera “My Mother’s Secret” with Christian Bautista as her leading man.