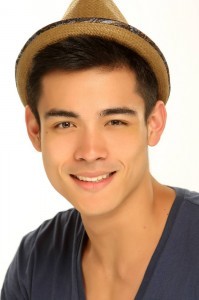 Kim Chiu admitted that she was saddened when she found out that she will not be paired with “love team” partner Xian Lim for her new TV project, following the box-office success of their movie “Bride for Rent.”

“It’s a management decision,” Chiu said, referring to her being paired with Coco Martin in the upcoming period drama “Ikaw Lamang”.

Lim and Chiu’s love team took off in 2011 via the hit series “My Binondo Girl,” which was followed by another TV team-up in 2012 with “Ina, Kapatid, Anak.”

“Bride for Rent” marked their second movie together after the blockbuster hit “Bakit Hindi Ka Crush ng Crush Mo?” in 2013.

The 23-year-old actress noted that while she and Lim will not be seen together on TV for some time – the heartthrob actor was recently paired with Bangs Garcia in a “Maalaala Mo Kaya” episode – their fans can still look forward to future projects featuring the love team.

Chiu also attested to Lim’s talent when asked to react to comments that she is the more popular star in their love team. She noted that the 24-year-old actor has a massive following of his own, apart from supporters of the “KimXi” tandem.

Meanwhile, Chiu admitted she is nervous about working with her co-stars in “Ikaw Lamang,” which boasts of screen veterans and award-winning actors.

Up close and personal with ‘Rock of Ages’ star MiG Ayesa

‘I BROKE DOWN CRYING,’ SUE RAMIREZ SAYS ON CASTING IN ‘DOCTOR FOSTER’ ADAPTATION