The devices are hooked to a text message system that would immediately alert the communities to typhoons, storm surges, tsunamis, landslides and earthquakes, the Philippine Business for Social Progress (PBSP) said. 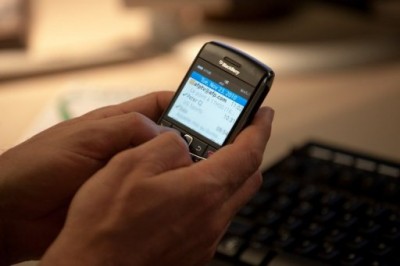 The 200,000-dollar project was carried out with the World Bank and one of the country’s leading mobile phone operators, said PBSP, which is funded by the country’s top chief executives.

The areas covered by the project are all in Southern Leyte province in the central Visayas region, which lies along a fault line and is also often battered by powerful typhoons.

“The province was chosen (for the project) being one of the countryâ€™s top 10 provinces highly prone to natural disasters like floods, tsunamis, storm surges, landslides, earthquakes, and typhoons,” it said in a statement.

In 2006, heavy rain triggered a deadly mudslide that buried the entire village of Guinsaugon in Southern Leyte, killing more 1,000 people in one of the country’s worst natural disasters of recent years.

The deaths were blamed on a lack of proper seismic and weather equipment and an alert system that could have immediately led to a mass evacuation.

The project’s web-based information system enables officials from the towns to use BlackBerries and laptops to access and quickly spread alerts or store surveillance data, before, during and after disasters.

The Philippines is considered among the world’s most vulnerable countries to natural disasters.

It sits on the Pacific’s earthquake and volcano belt, and is battered by an average of 20 typhoons a year.