NEW YORK (CNNMoney.com) – President Obama will announce a two-year freeze in the wages of federal employees Monday, with the intention of saving $60 billion over the next 10 years.

Obama was scheduled to announce the proposal later Monday. 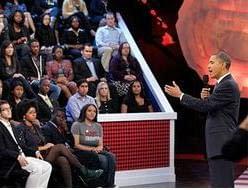 The freeze does not apply to military personnel, but will apply to all civilian federal employees, including those in various alternative pay plans and those working at the Department of Defense.

“This freeze is not to punish federal workers or to disrespect the work that they do,” the White House said in a statement. “It is the first of many actions we will take in the upcoming budget to put our nation on sound fiscal footing – which will ask for some sacrifice from us all.”

Republicans have argued in favor of a freeze in recent weeks, and the co-chairmen of Obama’s bipartisan deficit commission made a similar recommendation earlier this month.