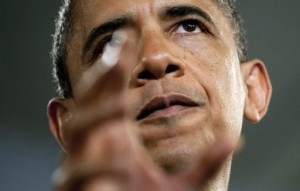 ATKINSON, August 17, 2011 (AFP) – US President Barack Obama will launch a two-pronged plan to create jobs and trim the deficit in a September counter-attack against Republicans he accuses of derailing the recovery.

Obama will lay out the initiative in a major speech as soon as lawmakers return to Washington after the Labor Day holiday, seeking to reignite growth, cut high unemployment and ease his own precarious political plight.

A senior Obama aide said one plan includes a commitment for deficit reduction that goes beyond a $1.5 trillion mandate of a congressional super committee tasked with cutting spending.

Another initiative will contain tax cuts aimed at the middle class, a call for infrastructure spending, help for the long-term unemployed and measures targeting specific ailing sectors of the economy, the official said.

Another official said that the measures would include fresh measures over and above calls for payroll tax extensions, and jobs help for Afghan and Iraq war veterans for which Obama has argued during a three-state bus tour.

But Republicans, locked in a confrontation with Obama on tax and spending gave a derisory response to Obama’s plans, as both sides maneuver for political advantage as the 2012 presidential election campaign heats up.

The White House’s plan will include a “balanced” attempt to cut the deficit with a mixture of spending cuts and tax hikes on the richest Americans — an approach fervently rejected by Republicans.

“Worst thing Washington can do for our economy is raise taxes on the people we need to create jobs,” House of Representatives Speaker John Boehner said on Twitter.

Boehner’s spokesman Brendan Buck was even more dismissive, tweeting, “We really don’t need another speech — just a plan, like, on paper. Seriously, just drop it in the mail. Podium not required. Thanks.”

In an opinion article in USA Today Wednesday, Boehner and his number two Eric Cantor, laid out their own economic priorities, lining up a clash with the White House.

They said the super committee was in a position to make “tough choices” to rein in spending on entitlement programs like the Medicare health plan for the elderly, which they said was driving America’s long-term debt.

“We believe this work can be done without imposing job-crushing tax increases,” they wrote.

Details of the plan emerged on the final day of Obama’s three-day bus tour through Midwestern states which he has used to slam Republicans in Congress, especially the Tea Party faction, for blocking efforts to revive the recovery.

The speech will set the stage for an autumn of battles over taxes, spending and the recovery, which will also frame the Republican presidential nominating race.

Obama is facing increasing political and economic pressure in the run-up to his reelection bid next year, after growth slowed this year and with unemployment pegged at 9.1 percent.

The president, trundling through his adopted home state of Illinois on a $1.1 million dollar armored bus, has faced questions from supporters in recent days over why he did not take a harder line against Republicans in a debt showdown.

But he has signaled in recent days that he will dare Republicans to block the plans, then if they do, ask voters to punish his foes at the polls for putting politics before their country’s welfare.

“The only question is if, as a nation, we’re going to do what it takes to grow this economy and put people back to work right now,” Obama said at a Rural Economic Forum in a small town in northeastern Iowa.

“The only thing that’s preventing us from passing (recovery and jobs bills) is the refusal of a faction in Congress to put country ahead of party.

LP solon: Poe’s citizenship non-issue unlike corruption raps vs others