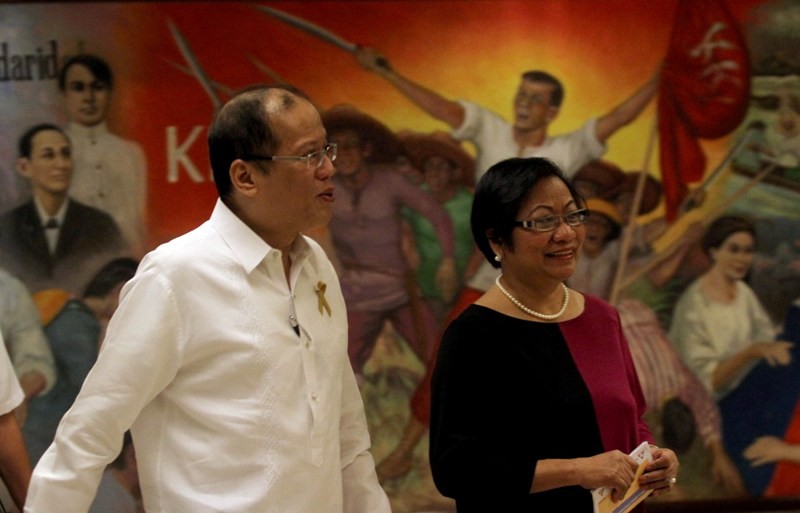 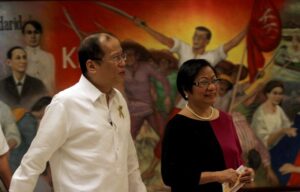 President Benigno S. Aquino III, accompanied by Labor and Employment Secretary Rosalinda Dimapilis-Baldoz, arrives for the Pre-Labor Day Dialogue at the Heroes Hall of the Malacañan Palace on Tuesday (April 30). The conduct of Pre-Labor Day Dialogue is pursuant to the 22-point Labor and Employment Agenda of President Aquino, which essentially consists of among others, the following directives: promote not only the constitutionally protected rights of workers but also their right to participate in the policymaking process; and work with the private and labor sector to strengthen tripartite cooperation and promote industrial peace. (MNS photo)

MANILA (Mabuhay) – The Philippine Overseas Employment Administration has lifted the ban on deployment of overseas Filipino workers (OFWs) to Venezuela.

In a statement, Labor and Employment Secretary Rosalinda Dimapilis-Baldoz said that deployment ban to Venezuela was lifted after the Crisis Alert Level was lowered from level 2 (restriction phase) to level 1 (precautionary phase).

“The POEA Governing Board has decided to lift the deployment ban to Venezuela and to allow the processing and deployment thereto of all Filipino workers to include both returning/vacationing and new-hire workers,” Baldoz said.

The POEA governing board imposed a temporary suspension on the processing and deployment of newly-hired OFWs to Venezuela after DFA raised Crisis Alert Level 2 in the country.

According to the government’s crisis alert level system, Crisis Alert Level 1 is imposed when there are signs of internal disturbance, instability and external threat to the host country.

Crisis Alert Level 2 is issued when there are real threats to life, security and property arising internal disturbance, instability, and external threat to country.

With the deployment ban lifted, OFWs may now continue processing their deployment.

In 2013, total deployment of OFWs to Venezuela reached 43.

No survivors in Philippines landslide