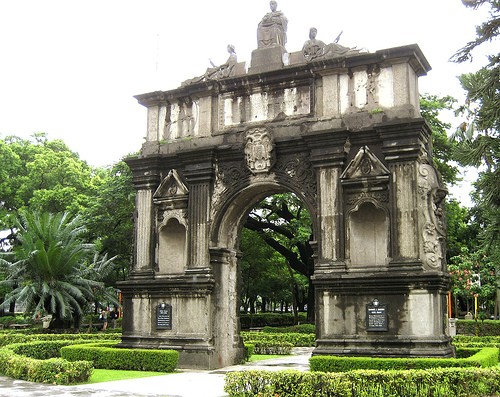 MANILA, January 28, 2011 (AFP) – A Philippine university that bills itself as the oldest in Asia launched its 400th anniversary celebrations with fanfare this week.

Priests and nuns in their cassocks and habits mingled with masked students in colorful costumes as the church-run University of Santo Tomas in central Manila began marking the historic event. 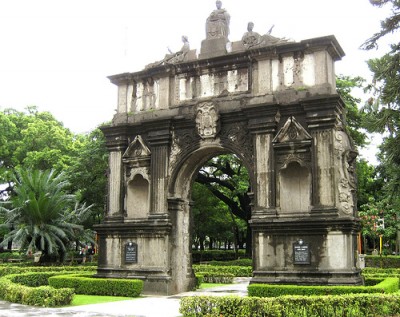 The year-long celebrations will include masses, academic gatherings, opera concerts, charity works, filmfests, dance contests and visits by movie star alumni as the university seeks to lighten its conservative image.

“Other schools say they have produced presidents but we have produced national heroes and saints,” university rector Father Rolando de la Rosa told a crowd of beaming faculty as the celebrations got underway.

The national hero, Jose Rizal, studied at the university and several Santo Tomas alumni were canonized after they were killed while doing missionary work in Japan, China and Korea from the 17th to 19th century.

The school, which is attended by some 44,000 students, has also produced its share of Philippine presidents and legislators.

Santo Tomas alumni and students like to point out that their university is “older than Harvard”- a leading US educational institution which has a mere 375 years under its belt.

The celebrations started on Wednesday with a solemn mass celebrated by a Vatican envoy, while simultaneously hundreds of students and faculty held a raucous parade just outside the chapel.

This was followed by an extravagant street dance competition where giant speakers blasted pop tunes throughout the campus, mingling with the prayers being piped from the chapel through the university’s public address system.

The celebrations will include the unveiling of new statues symbolizing the virtues of the university. The figures are modeled after prominent alumni Piolo Pascual, a Philippine movie hearthrob, and beauty queen Charlene Gonzales.

Run by the Dominican order of priests, the University of Santo Tomas was originally established as a seminary in 1611 when the Philippine islands were being colonized by Spain.

It soon expanded to offer other academic courses, establishing the first schools of law, medicine, engineering and journalism amid many other “firsts” in Philippine history.

Another Philippine institution, the University of San Carlos in the central city of Cebu, claims it is the oldest university in Asia, having been founded in 1595.

The two have a friendly rivalry over bragging rights, with Santo Tomas proponents pointing out it has run almost continuously since its founding while San Carlos closed for long periods and was used for different purposes over the centuries.

The university’s top educational standards and strong Catholic influence mirror the Philippines’ high literacy rate and a population that is more than 70-percent Catholic.

Doctors produced by the university dominate the country’s health services and the school boasts that its graduates have the best record in passing the government’s professional exams.

But the history comes with some baggage: the University of Santo Tomas has also been labeled a bastion of conservatism by its critics, including rival Catholic schools.

University students are still required to wear uniforms and must take classes in theology, regardless of their major.

But Carmina Luis, an 18-year-old fine arts freshman at Santo Tomas, said she did not mind the restrictions or the religious influence.

“It is safer here and the school uniforms are not a problem. You don’t have to worry about what to wear in the morning,” she added.

Students and university officials also say leftist activism and the fraternity-related violence rampant in other Philippine colleges have been kept under control at Santo Tomas.

“The teaching of Christianity here is a major point. It helps dampen the violence from fraternities. It also redirects students away from noisy activism,” university archivist Regalado Jose said.

“You can be conservative in culture and still be very creative artistically and in output,” he said.

While other church-run schools have catered to the country’s wealthy, Santo Tomas tries to keep its tuition rates down to remain more accessible.

“We are a university that caters to middle class families. We don’t want to be identified as elitist,” said rector de la Rosa.

The university does this without receiving any subsidy from church or state, de la Rosa said.

And while many elite schools have moved to more peaceful suburbs, Santo Tomas maintains its 21.5-hectare (53-acre) campus in the heart of the capital, not far from slums and monstrous traffic.

The university is also building new facilities, including a sports complex while expanding the university hospital that caters to the general public.

It also plans to expand outside of Manila for the first time, setting up satellite campuses elsewhere in the Philippines.

Although Santo Tomas has already bought land, the expansion plans are expected to take many years as the university is wary about the financial burden, University vice-rector Father Pablo Tiroy said.

“We have to maintain our resources. We want to go outside Manila, to extend the kind of education that Santo Tomas offers but it requires a lot of capital,” he said.