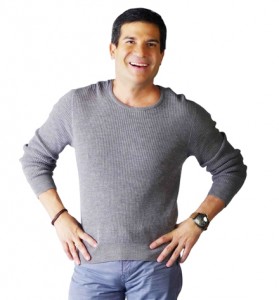 Actor-TV host Edu Manzano looks forward to making a TV comeback after what he calls a “self-imposed retirement” that began 10 years ago.

“When I took over the OMB (Optical Media Board), ayoko nang gumawa (ng showbiz-related projects), but now that I have so much time on my hands, (I want to give it another try),” he said.

With high hopes, Edu returns to the medium he feels has vastly improved from when he was just starting out. “Ngayon kasi, wala nang superstar-superstar. Lahat kayo pare-pareho. The stars arrive on time, they know their lines,” he noted.

The actor recalled a time when movies seemed to rest on the shoulders of the lead actor as the star system in show business goes.

“Pero ngayon hindi na (ganun). It’s the production, it’s the story, it’s how you market (the project), ’yung director (that make a hit) so I’m looking forward to working (as actor) again.”

Yet again Edu was asked to comment on his son Luis Manzano’s interest in joining politics. Father’s answer is the same.

“I allow my children to do whatever they want to do,” he said. “Ang sinasabi ko lang kasi, may kapalit ’yan eh. Kung ikaw ay magpa-public servant, you have to take time out from television or movies to serve the people who voted you into office.”

Being a former Makati vice mayor, Edu certainly knows this. He said it’s not good to run for a public post while being seen on TV regularly for showbiz commitments. He said it’s important for those wanting to become a public servant to establish a “personal” relationship with voters.

Still, Edu confidently stated, “My son is ready for anything.” (MNS)