Los Angeles (CNN) – A film about a stuttering British monarch, a movie about the founder of Facebook, a sci-fi thriller and a John Wayne classic remake topped the list of movies honored with Oscar nominations announced Tuesday.

“The King’s Speech,” about Britain’s King George VI, gathered 12 nominations, including for best picture and in three of the four acting categories. 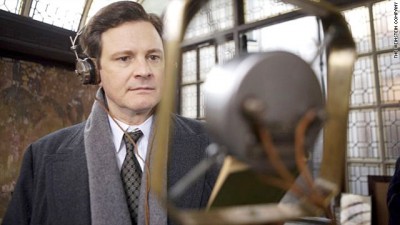 “True Grit,” based on the same book as the 1969 John Wayne film, was nominated 10 times, including for Jeff Bridges for best actor, Hailee Steinfeld for best supporting actress and in the best movie competition.

“The Social Network,” which told the story of how a college student created Facebook, is up for Academy Awards in eight categories, including best picture and Jesse Eisenberg’s nomination for best actor.

“Inception,” a film that explores the human mind and dreams, got eight nominations, including for best picture. 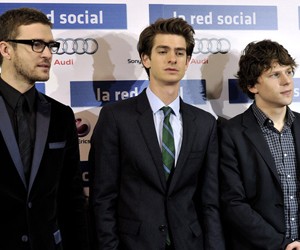 The best actor nominees are Javier Barden, who starred in “Bitutiful,” Bridges for “True Grit,” Eisenberg for “The Social Network,” Colin Firth for “The King’s Speech” and James Franco for “127 Hours.”

The best actress nominees are Annette Bening for “The Kids Are Alright,” Nicole Kidman for “Rabbit Hole,” Jennifer Lawrence for “Winter’s Bone,” Natalie Portman for “Black Swan” and Michelle Williams for “Blue Valentine.”

“What an extraordinary journey this film has taken me on,” Nicole Kidman said. “‘Rabbit Hole’ has been a labor of love and I’m so thankful to John Cameron Mitchell, David Lindsay-Abaire and the brilliant cast. This nomination reflects all of the heart and soul that these people have put into it, and I can’t thank them enough.”

Best supporting actor nominees include Christian Bale for “The Fighter,” John Hawkes for “Winter’s Bone,” Jeremy Renner for “The Town,” Mark Ruffalo for “The Kids Are All Right” and Geoffrey Rush in “The King’s Speech.”

Australian actor Rush learned about his best supporting actor nomination after performing in a stage play in Sydney, Australia. “Suddenly at the end they gave us this roaring standing ovation,” Rush said.

“This story has struck such a rich, resonant chord with audiences of all ages, which is very exciting,” Rush said. “To have your work honored by your industry peers is even better.”

“Inception,” a film that explores the human mind and dreams, was nominated for eight Oscars, mostly in the technical categories.

Other best movie contenders that received multiple nominations include “The Fighter” with seven, “127 Hours” with six, and “Black Swan” with five.

“The Kids Are All Right,” “Toy Story 3” and “Winter’s Bone” each received four Oscar nominations.

The winners will be announced in a live broadcast from Hollywood’s Kodak Theater on February 27.