Out of Borneo: The role of slavery in the peopling of the Philippines

Out of Borneo: The role of slavery in the peopling of the Philippines, Lecture by Roderick G. Orlina, PhD Candidate, Asia Research Centre, Murdoch University (Australia) http://web.international.ucla.edu/

One of the most glaring omissions in Philippine historical discourse is the legacy of slavery in shaping the nation’s demographic. Discussions have tended to revolve around Moro raiding, which continued well into the colonial period and wreaked havoc on the non-Muslim population and the Spanish Crown. However, historical evidence suggests that it was a widespread practice that predated Islam. In addition, early European sources point to Borneo as the origin of some of the main ethno-linguistic groups that inhabit the Philippines. Drawing mainly on linguistic and historical data, Orlina argues that pre-colonial migration was much more complex than previously thought and challenges notions of cultural identity in the Philippines.

Roderick Orlina received his BA in Linguistics and Religious Studies from the University of Stony Brook and his MA in Islamic Studies from the University of the Philippines, Diliman. He is currently a PhD Candidate for Asian History at the Asia Research Centre, Murdoch University, completing a dissertation on everyday life in early colonial Manila. His research interests include Southeast Asian epigraphy, religion, language and folklore.

Sponsored by the UCLA Department of Anthropology.

Aquino gets silent treatment from SAF troops with low morale 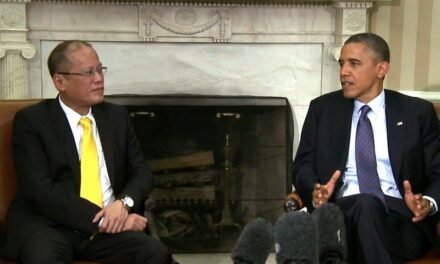