ARLINGTON, Texas – It probably couldn’t have ended any other way for these Green Bay Packers.

With the fast start, the wave of injuries, the resilience, and somehow hanging on through the game’s darkest moments. It was all so familiar, and so fitting. Just as the story of their regular season went, so too did their Super Bowl. And when it was over, there they were, still standing, still breathing and somehow having persevered once again, all the way to the big confetti shower at midfield.

And not one single Packer seemed to miss the symmetry.

“The Super Bowl was the way our whole season was in one win,” Green Bay linebacker Desmond Bishop said. “Ups, downs, roller coaster rides, people getting hurt, and a momentum swing. We showed resilience again. We just kept fighting, and stayed as one.”

The Packers didn’t do much the easy way this season. For a team that never trailed by more than seven points in any game, it still seemed like one long, uphill climb. But look where it led. To the mountaintop experience in the NFL.

Green Bay’s 31-25 win over Pittsburgh in Super Bowl XLV will never be remembered as one of the classics in this now 45-game series. There were too many dropped passes, too many turnovers by the Steelers and too many moments when neither team seemed to want to make the game its own.

But it was compelling theater all the same, if only because we got to watch a Green Bay team will itself to victory, flinching but never breaking in the face of injuries, mistakes and a Steelers team that appeared destined to mount the biggest comeback in Super Bowl history (from 18 points down, at 21-3, in the second quarter).

The Packers lost cornerback and team leader Charles Woodson to a broken collarbone late in the first half. Valuable veteran receiver Donald Driver went down with a bad ankle in the first quarter and play-making rookie cornerback Sam Shields hurt his shoulder and was out of the game for a significant portion of the second half. The secondary situation got even worse when safety Nick Collins headed to the locker room in need of an IV just before the half.

The Packers just simply played on, plugging in players and fighting through the urge to panic. For the team that lost 15 players to injured reserve and got unexpected but key contributions from some unsung sections of its roster, the pattern was nearly ingrained in its DNA at this point.

“That’s the way it has been the whole year,” Green Bay defensive coordinator Dom Capers said. “That’s one of the most gratifying things about this team, because nobody is used as an excuse. When guys have gone down, we come in and say, ‘Who’s got it to win and who’s going to go in there and play?’ The guys we put in there have made big-time plays for us.”

It has been this way for these Packers since Week 1 of the regular season, when they beat the Eagles in Philadelphia in their opener despite losing both lead running back Ryan Grant (ankle) and defensive tackle Justin Harrell (knee) to season-ending injuries. Green Bay has been fighting a losing battle with its own injury list ever since.

“Just like our season, a lot of adversity,” said Packers quarterback Aaron Rodgers, the game’s MVP for his 304-yard, three-touchdown performance in his Super Bowl debut. “Guys just stepped up. Sam [Shields] was down. Charles [Woodson] was down. Donald [Driver] was down. Jordy Nelson has a huge game. Jarrett Bush has an interception. That’s the story of our season. A lot of high-character guys who’ve stepped up, played huge roles for us, and now we’re sitting here as Super Bowl champs.”

More than anything, the loss of Woodson seemed to stun the Packers initially. Playing without him in the third quarter, Green Bay’s defense played hesitantly and was put back on its heels by a Steelers team that seized the momentum and cut the Packers lead to 21-17.

“When [Woodson] went down, it kind of seemed unreal,” Packers defensive end Cullen Jenkins said. “He’s been so solid for us, and has always been available for us. You just felt for him. I felt so bad for him, because he has fought so hard to get to this moment. I just didn’t want the opportunity to slip away because we didn’t have him. We really tried to make sure everybody stepped up so we could get him that ring.”

Woodson at halftime tried to speak to his teammates, inspiring them to continue the fight. But he couldn’t get any words out, Packers coach Mike McCarthy said.

“It affected everybody just to see how emotional he was at halftime,” McCarthy said. “He asked to call up the team briefly and he couldn’t even talk. But it was great to see the way everybody responded. And that’s why this is the ultimate team game.”

Though their ranks were thinned, the Packers responded in any number of ways. There were the two long, fourth-quarter scoring drives (eight plays, 55 yards and a touchdown; 10 plays, 75 yards and a field goal) that Rodgers executed. The key third-and-10 completions to Nelson (38 yards) and Greg Jennings (31 yards) that served as the centerpieces of those marches. And the vital forced fumble on the first play of the fourth quarter, when linebacker Clay Matthews separated running Rashard Mendenhall from the ball at the Packers 36, turning the tide just as Pittsburgh seemed poised to erase a 21-17 Green Bay lead.

And finally there was the Packers defense in the game’s final meaningful drive, facing off against two-time Super Bowl winner Ben Roethlisberger with a six-point lead and 1:59 remaining. The Steelers had 87 yards to cover and only one timeout remaining, but who among us would have been willing to bet against Big Ben in that situation?

But the Packers held after just one Pittsburgh first down, and once Roethlisberger’s fourth-and-five pass to Mike Wallace was ruled incomplete with 49 seconds to go, Green Bay became just the second No. 6 seed to win a Super Bowl (joining the 2005 Steelers) and just the third club to lose as many as six games in the regular season and still finish as Super Bowl champion (the 2007 Giants and 1988 49ers were 10-6 as well).

“The guys are resilient,” said Capers, a 25-year NFL coaching veteran, moments after winning his first Super Bowl ring. “We really had to adjust in the second half, but when we had to go out and make a play at the end of the game, we made it. That’s what we’ve been doing all through the playoffs.”

Though he doesn’t get as much credit as many NFL head coaches, McCarthy deserves it this time. He set a confident tone all week with his Packers, telling them that their wild-card road to the Super Bowl had prepared them for this moment. Green Bay would not fail to take advantage of this opportunity.

“No disrespect to the Steelers,” said McCarthy, a Pittsburgh-area native. “We respect their football team and the way they play. They’re a physical, tough football team, but we fully expected to win this game. It is our time. We talked about it since the first day. After the last meeting with the team, when we broke the meeting we said, ‘This is our time — Super Bowl XLV. It’s time to take the Vince Lombardi Trophy back home.'”

McCarthy did more than just talk the talk, though. He told Packers general manager Ted Thompson a few days ago that he wanted his players sized for their Super Bowl rings. And the usually cautious Thompson surprisingly went along with it.

“I was OK with it,” Thompson said. “If we hadn’t won it, they would have still gotten an NFC Championship ring. So they needed the ring size.”

There will be no second-place ring for these Packers. Once 3-3, they finished the season on an 11-3 run, winning what amounted to six elimination games in a row to sweep to the franchise’s fourth Super Bowl crown and league-record 13th NFL championship. And they did it the only way they knew how: With perseverance in the face of injury, and clutch contributions coming from stars and role players alike. From the first snap of the regular season, until Super Bowl Sunday, the Packers were challenged, but never denied. 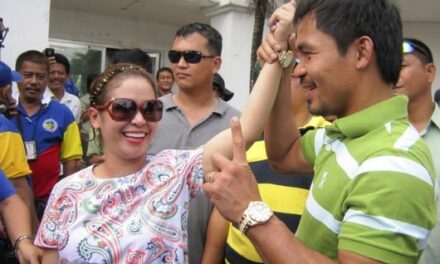