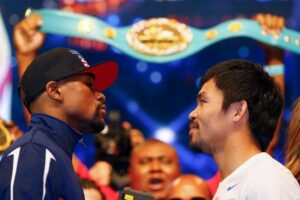 MANILA (Mabuhay) — Manny Pacquiao could face sanctions for not disclosing his injury to the Nevada State Athletic Commission prior to his fight against Floyd Mayweather.

Francisco Aguilar, the chairman of the commission that oversaw this past weekend’s mega-fight, told True.Ink that it is “something we’re looking at, and an issue we’ll be discussing with the Attorney General.”

According to the report, Pacquiao could be guilty of perjury for not disclosing the injury on his pre-fight health checklist.

“In Nevada, perjury is considered a D-class felony, a crime punishable by as many as four years in prison, criminal guidelines state,” the report added.

After losing via unanimous decision, Pacquiao cried foul over the fact that the commission refused to allow him to take painkiller shots for his shoulder.

In a statement, the Pacquiao camp contended that it had filed the necessary paperwork to have the shots available to him, with disclosures having been made to the authority in charge of testing the fighters.

“Manny’s advisors notified the United States Anti-Doping Agency (‘USADA’) of the shoulder injury and the treatments being proposed by the doctors during training and on fight night. USADA spoke to Manny’s doctors twice, investigated, and confirmed in writing that the proposed treatments, if used, were completely allowed. The medication approved for fight night was a non-steroidal anti-inflammatory (Toradol),” the Pacquiao camp said.

“On his pre-fight medical form filled out earlier in the week, Manny’s advisors listed the medications that Manny used in training and the medications that might be used on fight night. A few hours before he was expected to step in the ring, when Manny’s doctors began the process, the Nevada Commission stopped the treatment because it said it was unaware of Manny’s shoulder injury.”

Pacquiao is set to undergo surgery to fix a torn rotator cuff in his right shoulder. (MNS) 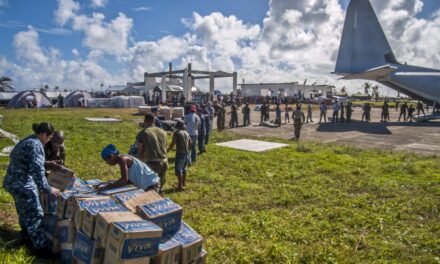