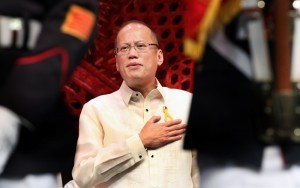 “We ask for forgiveness of the public,” President Benigno Aquino III said as acknowledged that traffic problems have an impact on the growth of the economy.

Malacañang on Saturday apologized to motorists and commuters for the traffic nightmare at the North Luzon Expressway, but maintained there is a need to decongest the Port of Manila.

As of noon Saturday, the traffic at NLEX had improved.

The NLEX website also indicated traffic at all areas was light as of noon (www.tollways.net.ph).

On Wednesday, Secretary to the Cabinet Jose Rene Almendras announced the last mile routes and an all-day access to truck lanes.

This is a “special privilege” for truckers, importers and brokers who would pull out their cargo from Manila ports in the next two Sundays and Monday mornings. (MNS)