Palace brushes aside claims Napoles to be used vs Aquino critics

President Benigno S. Aquino III delivers his message during the Presidential Security Group (PSG) Change of Command Ceremony and Testimonial Review with Retirement Ceremony at the PSG Grandstand, Malacañang Park in Manila City on Friday (August 30). PSG is the lead agency tasked in providing security to the President of the Philippines and the First Family. They also provide protective security to visiting Heads of States and diplomats. (MNS photo)

MANILA  (Mabuhay) – Malacañang on Saturday brushed aside claims by its critics that Janet Napoles, the trader tagged as the brains of a P10-billion pork barrel scam, would be used against the administration’s political foes.

Deputy presidential spokesperson Abigail Valte said the Palace’s objectives in handling Napoles center on getting to the “truth” and making sure those involved are held accountable.

“They [critics] can continue to say what they want to say. Una, malinaw sa pamahalaan ano ang ating adhikain dito,” she said on government-run dzRB radio.

Earlier, reports quoted United Nationalist Alliance secretary general and Navotas Rep. Tobias Tiangco as expressing concerns that the prospect of Napoles being a possible state witness opens the possibility she may be used to persecute the administration’s political foes.

But Aquino’s allies in the ruling Liberal Party were quoted in reports as insisting Aquino will not use Napoles against the political opposition.

LP secretary general and Western Samar Rep. Mel Senen Sarmiento branded as pure imagination the claims of some people in the opposition that Napoles would be used to invent charges against them.

Last Wednesday, Napoles surrendered to President Benigno Aquino, hours after he announced a P10-million bounty for information leading to her arrest.

Following orders by the Makati regional trial court that ordered her arrest, Napoles was transferred to the Makati City Jail. (MNS) 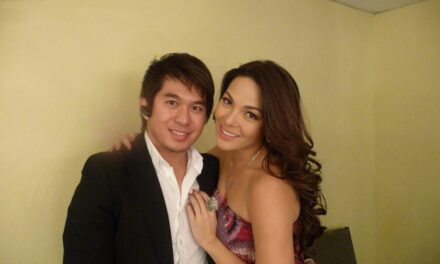