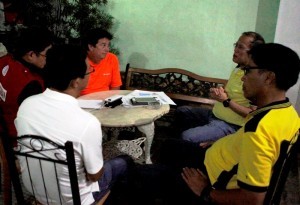 MANILA  (Mabuhay) — Malacañang on Saturday urged the public to keep this year’s Christmas simple, in solidarity with those affected by super typhoon “Yolanda” (Haiyan).

Deputy presidential spokesperson Abigail Valte also said some government agencies have decided to donate to Yolanda’s victims the funds that would have been spent for a Christmas party.

“Sa atin, importante ang essence ng celebration sama-sama tayo kahit sa opisina o tabi-tabi sa mesa, happy na tayo (For us, what is important is the essence of the season, that we be together even inside our own offices),” she said on state-run dzRB Radyo ng Bayan.

Yolanda, one of the most powerful cyclones in recent history, battered Visayas and Southern Luzon earlier this month.

Some companies had canceled plans for a Christmas party this year, and instead will donate the funds to be spent for the party to aid Yolanda’s victims.

Valte said government agencies have similarly responded to this in past years.