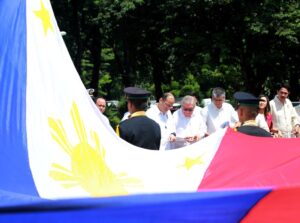 MANILA (Mabuhay) — After the Bureau of Customs (BOC) drew flak for its plan to conduct physical inspections on balikbayan boxes, Malacañang said Wednesday that it is high time for Congress to review existing rules on these packages.

In Senate Bill 2913, Recto particularly pushed for an increase the tax-exempt value of the contents of a balikbayan box to $2,000 from the present $500.

Coloma nevertheless said that the executive has yet to study Recto’s entire proposal, and to come up with a stand on the measure.

Policies on balikbayan boxes drew public attention during the past days after the BOC’s controversial plan to inspect these packages in an attempt to counter illegal smuggling.

On Monday, Aquino directed the BOC to no longer push ahead with its plan, and instead to just inspect suspicious balikbayan boxes. (MNS)