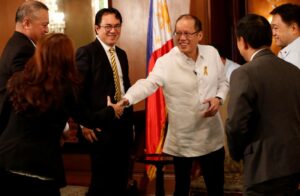 The Palace official added that it would be unreasonable to always call for the resignation of government officials everytime they make unpopular decisions.

The Overseas Council of Leaders in Jeddah and lawyer Harry Roque earlier called for Lina’s resignation after the BOC drew flak for its plan to physically inspect balikbayan boxes.

On Monday, Aquino directed the BOC to no longer push ahead with its plan, and instead to just inspect suspicious balikbayan boxes.

The search is on for Santacruzan 2011 Sagalas & Hermanas