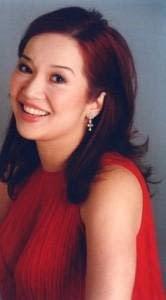 MANILA, May 8 (Mabuhay) — Malacañang on Wednesday defended presidential sister Kris Aquino from allegations that she had committed the election offense of vote-buying in Cebu.

Deputy presidential spokesperson Abigail Valte said she does not believe that Aquino was buying votes when she did not get her change for a P1,000 bill from a taxi driver.

“We respect [Commission on Elections] Chairman (Sixto) Brilliantes’ opinion but disagree with it. It is apparent that Ms. Kris Aquino decided to let the taxi driver keep the change after he made it known to her that he was voting for the three candidates. The latter needed no persuasion nor was the money given in exchange for his vote as defined by the law,” she said.

When the driver agreed, Aquino told the driver to keep the change to a P1,000 bill.

Brillantes earlier said Aquino’s act might be perceived as vote-buying but said the gesture was done in good faith. (MNS)

A journey back to life

JM de Guzman shares how he copes with his panic disorder