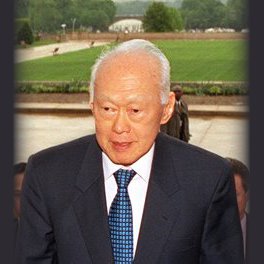 “Throughout his long life, as prime minister and senior minister, Lee demonstrated an unswerving devotion to his country, turning it into a state that would be an exemplar of efficient, modern, and honest governance,” Deputy Presidential Spokesperson Abigail Valte said.

“The development of Singapore has earned it the respect of nations and peoples, including the tens of thousands of Filipinos who work there and visit the country.

“An era has passed, one upon which Singaporeans can look back on with deep pride and a sense of accomplishment.”

Although Lee had receded from public and political life over the past few years, he was still seen as an influential figure in the government of Prime Minister Lee Hsien Loong, his oldest son.

“The Prime Minister is deeply grieved to announce the passing of Mr. Lee Kuan Yew, the founding prime minister of Singapore,” the Prime Minister’s Office said in a statement.

It said he had died at 3:18am local time (3:18 p.m. EDT) at Singapore General Hospital, where he had been admitted on Feb. 5 suffering from pneumonia. (MNS)

Is your diet good for your skin?