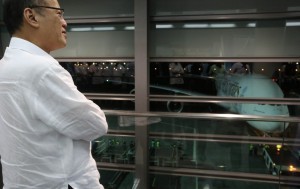 MANILA (Mabuhay) – Malacañang is hoping something positive will come out of a meeting on Monday that will take up complaints of canceled or delayed flights against at least one airline.

Many passengers had complained of canceled or delayed trips involving one airline during the holidays.

Citing information reaching her, Valte said the Civil Aeronautics Board had received at least 14 complaints against the airline.

A meeting has been planned this Monday, with representatives from the CAB, Civil Aviation Authority of the Philippines, and Department of Transportation and Communications.

FilAms Urged to Exercise Right to Choose Next US President