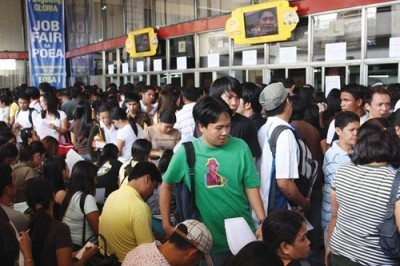 MANILA (Mabuhay) – With at least three more Filipinos now facing possible execution for drug-related cases in Vietnam and in Malaysia, Malacañang on Saturday reminded Filipinos abroad to be wary of the modus operandi of drug rings asking them to carry baggage for other people.

Deputy presidential spokesperson Abigail Valte said the government has been continuously reminding Filipinos abroad not to fall for such a ploy, since they and not the drug smugglers will end up in hot water.

An Agence France Presse report earlier said a Philippine man and woman have been sentenced to death in Vietnam for smuggling nearly five kilograms of cocaine.

It identified the Filipinos as Emmanuel Sillo Camacho, 39, and Donna Buenagua Mazon, 39.

Meanwhile, in Malaysia, The Star Online reported a Filipina also faces a possible death penalty after she was caught with three kilos of methamphetamine hydrochloride (shabu) at the Kuala Lumpur International Airport on Thursday.

The report did not name the Filipino drug courier, but described her as 39 years old. It said she was offered RM5,000 (P69,241) to bring the drugs into the country.

An investigation showed the woman hid the drugs under a layer of clothes and undergarments.

While the Filipina initially claimed she did not know how the drugs got into her suitcase, she decided to cooperate with police.  (MNS)