Palace not worried about ‘no-remittance day’ 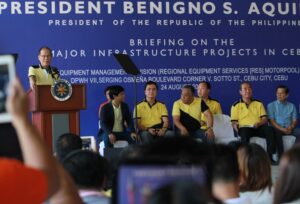 MANILA (Mabuhay) — Malacañang is not worried about the plan of an overseas Filipino workers’ (OFW) group to launch a “no-remittance day” on Friday to protest the Bureau of Customs (BOC)’s aborted plan to physically inspect balixbayan boxes.

During a press briefing on Wednesday, Communications Secretary Herminio Coloma Jr. recalled that a similar initiative was launched two years, which he said did not have any negative impact on the economy.

The Palace official added that while OFWs may delay their remittances for one day, they still have to transfer the money to help their families in the Philippines.

The BOC earlier faced public criticism due to its plan to conduct manual inspections on OFW-sent packages in an attempt to curb smuggling.

On Monday, Aquino directed the BOC to drop its plan and instead open only the suspicious packages.

Coloma nevertheless said that OFWs are free to join the remittance holiday.