MANILA, Aug 31 (Mabuhay) — Malacañang on Tuesday ordered the National Bureau of Investigation (NBI) and Philippine National Police (PNP) to investigate the release of a “fake” document supposedly announcing the appointment of a new commissioner of the Bureau of Immigration (BI).

Cruz-Angeles said those found to have forged the great seal of government, signature and stamp of the president in the fake document could be punishable with reclusion temporal, or between 12 to 20 years in prison.

She said President Ferdinand “Bongbong” Marcos Jr. called for the probe over concerns that the forging his signature could cause instability and lead to further crimes.

“Hindi rin natin alam kung ano ang maaaring paggamitan ng mga ganung klaseng dokumento. It can cause not just confusion but further crimes. Kung kaya’t with this in mind nag-order siya ng investigation (We also do not know what such documents can be used for. It can cause not just confusion but other crimes. So with this in mind he ordered an investigation),” she said.

Cruz-Angeles said it is too early to point fingers at any parties pending investigation.

She said the President has not set a timeline to release results of the probe.

Meanwhile, she said media outlets which published the report are in a “unique position” to give information about the source of the fake document.

“Wini-welcome natin ang kahit na anong impormasyon tungkol sa pag-prosecute sa kaso na ito kung susuportahan ito ng ebidensya through the investigation (We welcome any information regarding the prosecution of this case if evidence supports it),” she said, clarifying that the Palace is not trying to “scare” journalists, but give them an opportunity to cooperate in the probe.

She said reporters and media outlets will also be held liable if they “knowingly” published a forged document.

“Para magkaroon ng liability at that end kailangan muna natin ma-determine yung validity ng dokumento, yung paggamit nito, sinong gumawa ano yung ends and so on. Unlikely po unless merong conspiracy o alam nila na ang ginagamit nila ay isang falsified or forged na document (To have liability at that end, we must first determine the validity of the document, its use, who made them and so on. Unless there is a conspiracy or they know that what they are using is a falsified or forged document),” she added. (MNS) 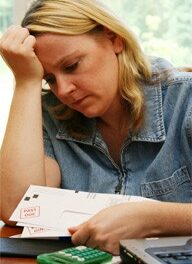 Refinancing in a Down Market