Palace: Up to court to decide on Christmas furlough for Gloria Arroyo 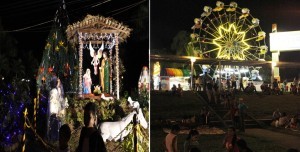 MANILA (Mabuhay) – Malacañang on Thursday said it will be up to the court to decide on whether to allow former President Gloria Macapagal-Arroyo  to spend the Christmas holidays with her family.

1-BAP party-list Rep. Silvestre Bello III, who served in the Arroyo Cabinet, has called on the Sandiganbayan to grant a Christmas furlough for the former Philippine leader.

Arroyo, now a congresswoman representing Pampanga’s second district, is under hospital arrest at the Veterans Memorial Medical Center in Quezon City for a plunder case in connection with the alleged misuse of P366-million Philippine Charity Sweepstakes Office (PCSO) intelligence funds during her incumbency.

She was earlier allowed to post bail in connection with the electoral sabotage case pending before the Pasay Regional Trial Court.

In Resolution No. 537, Bello said he is “requesting the Sandiganbayan to grant Honorable Gloria Macapagal Arroyo, former President of the Philippines and incumbent representative of the second district of Pampanga a Christmas furlough for humanitarian and compassionate considerations.”

Bello, who is a current member of the Makabayan bloc within the minority, said he filed the resolution in consideration of Arroyo’s health.

“I saw her accidentally at Veterans three weeks ago, when I was playing golf. She was walking around and she looked very sick. Payat na payat siya at kulubot na kamay,” Bello said. (MNS)

Absences in House due to PDAF scrapping?